Three Louisville Cardinals Picked in First Round of NFL Draft 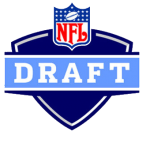 Safety Calvin Pryor was the first to make it to the big leagues when he was picked 18th by the New York Jets, making him the third highest Louisville draft pick since 1964.  Next to go, as the 26th overall pick, was defensive end Marcus Smith, going to the Philadelphia Eagles.  Last to be called up in the first round was quarterback Teddy Bridgewater, picked 32nd by the Minnesota Vikings.

The 2014 NFL draft continues tonight through Saturday, with the Houston Texans getting the first pick of round two.