Area students received the following notification today following a supposed twitter prank in which the user threatened to “shoot up UofL”:

UofL Police Department has received a tweet from an unknown subject saying he is on his way to “shoot up UofL.”  Report suspicious activity to 852-6111 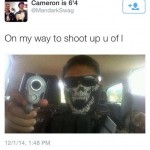 Social media networks exploded with activity as word of the threat spread by email, text message, and phone while concerned family members rushed to warn others or check on their friends and family.

The twitter handle, which apparently belongs to a University of Louisville class of 2018 student named Cameron, deleted the post after remaining up for several minutes.  Following the deletion of the tweet, someone calling themselves “Jillian” posted another series of messages claiming that they were just joking, saying that they “didn’t think it was that big of a deal” and apologized if they “offended anyone.” 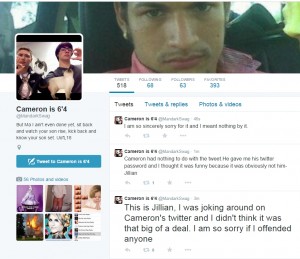 ULPD and LMPD reacted quickly, seeking out the person who sent the threat and warning those who may have been in danger.  The all clear message indicates that the police are interviewing a person of interest.  Under Kentucky law, Terroristic Threatening is a class A misdemeanor:

Posted in News, U of L | Tagged Crime, LMPD, University of Louisville