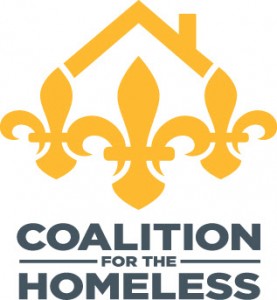 Mayor Greg Fischer and The Coalition for the Homeless today unveiled an ambitious plan to eliminate veteran homelessness in Louisville by the end of this year. The initiative, titled Rx: Housing Veterans, will find permanent housing for the 360 known homeless veterans in our city and will rely on the resources of more than 15 local agencies. To date, these organizations have raised over $9.6 million for Rx: Housing Veterans.

The detailed plan comes just months after Fischer signed the national pledge to end veteran homelessness in this community and created an action committee coordinated by The Coalition for the Homeless.

“We accepted the challenge to end veteran homelessness and thanks to the efforts and collaboration of our Rx Housing Veterans team, our goal to become a Zero2016 community is making great strides,” Fischer said. “This does not discount the other men, women and children who face homelessness in our community. We will continue to focus on helping them in the coming year with our ultimate goal to house every homeless person who wants housing.”

“We firmly believe that no one who wore our country’s uniform should have to live or die on the streets of Louisville,” said Executive Director for The Coalition for the Homeless Natalie Harris. “And, we are committed to working together to ensure that no one will.”

The strategy behind Rx: Housing Veterans is based on national research that shows that approximately one-third of homeless veterans are chronically homeless and need permanent supportive housing, another one-third need a short-term subsidy and one-third are transitional and need community support and linkages to employment plus a deposit to make it into housing.

The first step of the plan is to assess all 360 veterans and determine which category of support they need. The Robley Rex VA Hospital, which identifies and assists homeless veterans, and Family Health Centers, which perform common assessments of the homeless, have agreed to make changes in procedures to ensure that homeless veterans have immediate access to all of the services they qualify to receive.

The veterans who qualify for short-term subsidies will receive approximately 12 months of assistance to get back on their feet through the VOA’s Support Services for Veteran Families program. Those who don’t qualify will be referred to Louisville Metro Community Services’ Rapid-Rehousing Program.

Volunteers of America will help integrate transitional veterans into the community through assistance with employment, substance abuse counseling, debt management, start-up funding for housing needs, and case management. The Legal Aid Society will work with veterans on legal matters and other needs. Local employers are encouraged to support Rx: Housing Veterans by committing to hiring veterans.

All 360 identified homeless veterans will need access to an average of $650 in security deposits and approximately $1,100 in household items. Donations from the community will be allocated towards this portion of the plan and would do the most to support the effort to end veteran homelessness. Funding is especially needed for furniture (something to sit on, eat on, and sleep on) and household items like sheets and dishes, as well as deposits to access new apartments. Monetary donations can be sent to the Louisville Community Foundation, 325 West Main Street #1110, Louisville, KY 40202, (502) 585-4649. For questions or to get involved in other ways, contact The Coalition for the Homeless at (502) 636-9550.

To learn more about Rx: Housing Veterans and to see the detailed plan, visit www.louhomeless.org or www.louisvilleky.gov.