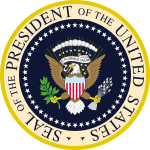 Obama will reportedly speak about the economy – including e-commerce – here before traveling to to Utah for a similar speech the following day.  This will be the President’s first visit to Louisville since his stops during the 2008 campaign cycle – unsuccessful visits, since his opponent won the Kentucky vote in both 2008 and 2012.

Further details about the President’s visit are not currently available.  Be sure to keep an eye on Louisville Dispatch Traffic Report to avoid traffic jams caused by the Commander in Chief’s visit.