ATF Offers Reward Up To $10,000 In Explosives Theft

The Bureau of Alcohol, Tobacco, Firearms and Explosives (ATF) Louisville Field Division, and Louisville Metropolitan Police Department (LMPD) are requesting assistance from the public for information regarding an explosives theft.

The theft was discovered and reported to law enforcement on Monday, April 13. It is believed this theft occurred between Friday, April 10, and Monday, April 13, at a construction site near the Norton Commons community in Louisville. 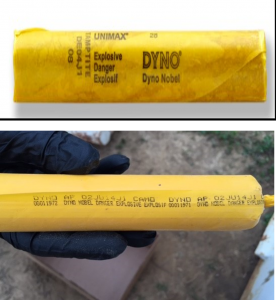 ATF is the federal law enforcement agency responsible for investigating violations of the federal firearms and explosives laws and regulations. More information about ATF and its programs can be found at www.atf.gov.