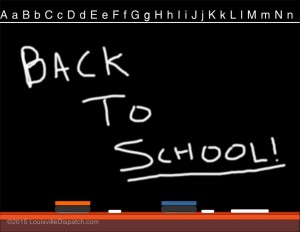 The first day of school is quickly approaching for some area students.  Students in some districts have even already started school.  JCPS students sill have some more time off, with classes beginning mid-August.

Check the list below to see when your student heads back to class.