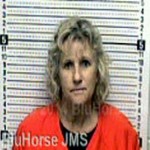 Yesterday, Brenda Hardin was convicted of killing her former husband, 64-year-old Ronnie Hardin after a six-day jury trial.  Ronnie Hardin was found on July 7, 2014, in an outbuilding of his former home and pronounced dead at the scene by the Muhlenberg County Coroner’s Office.   Brenda Hardin killed her former husband by shooting him in the chest.

This case was investigated by the Kentucky State Police Post Two in Madisonville, Ky.  Attorney General Conway’s Office of Special Prosecutions handled the trial of this case at the request of Commonwealth’s Attorney Ralph Vick.

“I want to commend my Office of Special Prosecutions for its handling of this case, and I appreciate the jury’s careful consideration on the matter,” General Conway said.  “Our thoughts, as always, are with the victim’s family in this case.”

Final sentencing will be scheduled for Brenda Hardin on September 18 at 10:00 a.m. CST, in Muhlenberg Circuit Court.