Kentucky State Fair Attendance Up in 2015 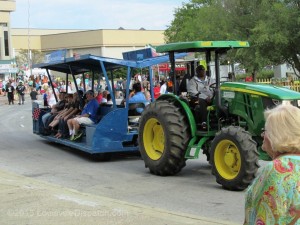 The 2015 Kentucky State Fair concluded its 111th edition on Sunday and, in the process, recorded a higher number of attendees than in recent years.  This year’s event drew 601,672 visitors to the Kentucky Exposition Center, which is more than a 16% increase in attendance from the 515,937 visitors who attended the rain-soaked fair in 2014.  This marks the sixth time in the last 10 years that attendance has exceeded 600,000.  The attendance record was set in 1994 when 684,356 visitors passed through the fair gates.

Visitors to all 11 days of the Fair were rewarded with sunny skies and warm temperatures, minus any inclement weather, making the Turf Concert Series performances all well-attended.  Along with the favorable weather helping with improved attendance figures, several new initiatives debuted this year that were geared toward making the Fair more accessible and affordable.

These included advanced discounted parking and admission tickets available for purchase at Kroger, Walmart, and online at Ticketmaster.  Those riding TARC to the Fair, which nearly 1,000 visitors took advantage of, received half off of a regular-priced adult admission.  The age for free child admission was raised from 3 to 5.  Additionally, there were two “carload days” where $20 covered entry for an entire vehicle. 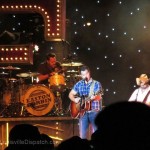 “We couldn’t have asked for better weather over the duration of this year’s fair, and that was a big part of why we saw such a dramatic increase in attendance, along with several new discount programs offered for the first time,” said President and CEO of the Kentucky State Fair Board Clifford “Rip” Rippetoe.  “Once again the exhibitors and organizers of the Fair put on a world class demonstration of attractions, competitions and live performances that represent the best Kentucky has to offer.”

The 11-day event generated approximately $16.5 million in economic impact across the community and the Commonwealth of Kentucky, and was responsible for creating hundreds of temporary jobs.

Next year’s Kentucky State Fair will be held August 18-28, 2016.  For more information, visit www.kystatefair.org.  For highlights, photos, and more from the 2015 Kentucky State Fair, be sure to visit the Louisville Dispatch Facebook page.