A Louisville man, Lawaun Colvin, 25, has been arrested by Louisville Metro Police for robbing four local businesses on Christmas Day.

About 3 hours later, Colvin, while wearing a mask and armed with a handgun, walked into Day’s Inn on Fern Valley Road, where he again demanded and received cash. Approximately 30 minutes, he repeated the process again at the Waffle House on Bishop Lane.

Colvin is also a suspect in three gas station robberies that happened on December 28th. In these cases, Colvin is suspected of being the getaway driver, while accomplices Cameron Mason, 18, and Joseph Colvin, 20, went into the stores demanding cash. 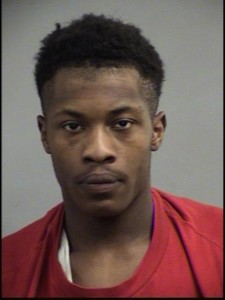