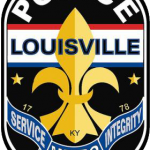 Security has been increased at the Humana Waterside Building and the FBI has been called in to handle the investigation. Some employees found graffiti on the floor in a bathroom. Exact details of the incident have not been released.

Several Humana employees reportedly said that the message referenced the attack in Orlando and suggested a similar type of attack will occur in here in Louisville.  Many employees were allowed to go home.

LMPD and the FBI are working together to determine if this is a hate crime. John E. Kuhn, the US attorney for the Western District of Kentucky stated that they first need to identify the culprit before they can determine the actual extent of the threat.