Gates open at 11AM daily for the all-day performances and the event will be held rain or shine.  Single-day tickets are currently available starting at $80 while weekend tickets currently start at $110 with prices increasing as the event draws closer.  VIP packages and ticket/hotel packages are also available.

In addition to the musical performances, the festival includes other entertainment opportunities such as the mobile Jack Daniels museum, the Monster Energy viewing deck, The Music Experience – where fans can meet band members, check out equipment, and win equipment and swag, and the Keep Golf Metal mini-golf course.

On top of all that, the event also gives back by hosting a number of altruistic outlets such as the Dyin 2 Live wish-granting organization, which works to enrich the lives of those fighting cancer through inspiration and entertainment, and Take Me Home, which works to save the lives of homeless animals. 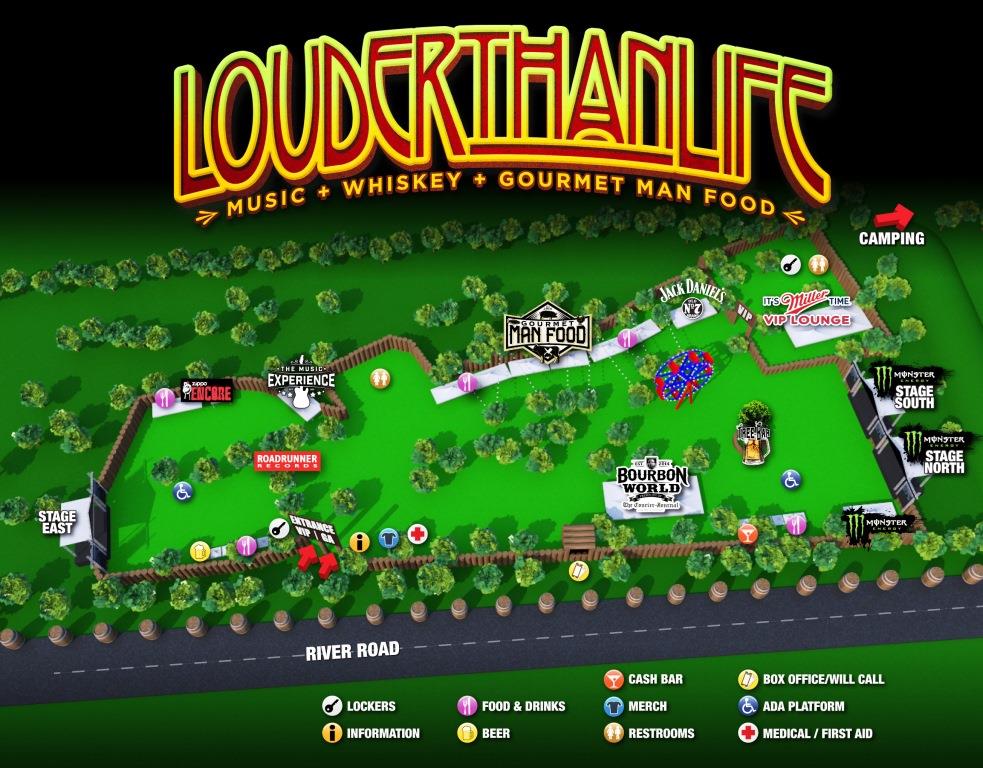 For more information about the festival, visit louderthanlifefestival.com.