OUCH! Why does stuff hurt? – UofL Researcher’s Talk Explains it

Learn about the neurobiology behind pain at Beer with a Scientist, August 17 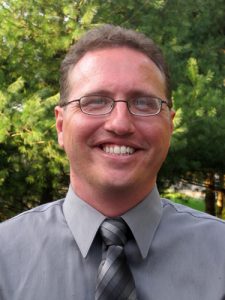 At this month’s Beer with a Scientist, Kristofer Rau, Ph.D., researcher at the University of Louisville School of Medicine, will discuss the neurobiology of why we feel pain. He’ll give an introduction to the neuroanatomy involved in pain processing and explain why the “funny bone” hurts so often, why we get ice cream headaches, why amputees feel pain in a lost limb and other painful topics.

Rau is a senior research scientist in the UofL Department of Anesthesiology and a member of the Louisville Chapter of the Society for Neuroscience. His work focuses on the neurobiology of pain and the electrophysiological and molecular changes that occur following tissue injury and spinal cord trauma.

The program begins at 8 p.m. on Wednesday, August 17 at Against the Grain Brewery, 401 E. Main St. A 30-minute presentation will be followed by an informal Q&A session.

The Beer with a Scientist program began in 2014 and is the brainchild of UofL cancer researcher Levi Beverly, Ph.D. Once a month, the public is invited to enjoy exactly what the title promises:  beer and science.

Admission is free. Purchase of beer, other beverages or menu items is not required but is encouraged.

Organizers add that they also encourage Beer with a Scientist patrons to drink responsibly.

For more information and to suggest future Beer with a Scientist topics, follow Louisville Underground Science on Facebook.

COMING UP:   Andrea Behrman, Ph.D., UofL Department of Neurological Surgery,September 14.
Beer with a Scientist founder, Levi Beverly, Ph.D., will speak at the event during Research!Louisville, October 12.

Posted in Events | Tagged Education, Events, Science, Things to Do, University of Louisville