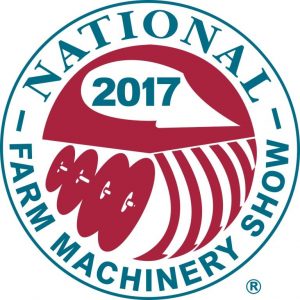 Just one week from today, the 52nd National Farm Machinery Show is returning to Louisville and brining with it the 49th annual Championship Tractor Pull.

The event, hosted at the Kentucky Exposition Center at 937 Phillips Lane, runs from Wednesday, February 15, through Saturday, the 18th.  KY Expo Center parking is $8 with admission to the Farm Machinery Show free and open to the public.  Tickets for the Championship Tractor Pull are available through Ticket Master starting at $20.

The National Farm Machinery Show is the nation’s largest indoor farm show, featuring nearly 900 exhibitors, offers the most complete selection of cutting-edge agricultural products, equipment and services available in the farming industry.  In addition to seeing the industry’s newest products , visitors can attend free seminars from experts on topics including the use of unmanned aerial vehicles (UAVs), data handling, weather and commodity trends, and marketing.

Tyne Morgan and Al Pell will also be performing a live-taping of “U.S. Farm Report” during the show that visitors can stop by and watch.  The show also features more than 80 vendors in the Gift & Craft Market in the South Wing Mezzanine, offering something for everyone. 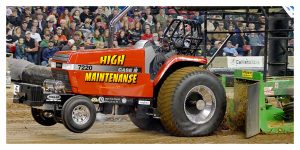 Former champions and a record-breaking number of women drivers will compete for a share of the $250,000 purse in 2017 at the 49th annual Championship Tractor Pull.

2016 champions including Terry Blackbourn, Steve Bunnage, and Mendi Nelson, among others are returning to try to keep their titles.  The 2017 competition will also break last year’s record for women competitors as Anna Belle Bradley, Ashley Corzine, Julia Ray, and Kentucky’s own Monica Shaw and Lisa Tatum, along with many other female pullers enter the arena.

Over 70,000 fans are expected to attend the competition, which will include several new categories such as the 6,350 Modified 4×4 Truck and 9,500 Limited Pro Stock Tractor classes.

If you like the roar of Pro Stocks, Super Stocks, Modified, and Alcohol Tractors as well as two- and four-wheel drive trucks battling it out in the dirt, don’t miss the excitement every night of the 2017 National Farm Machinery Show in Freedom Hall.