In 2015, the six states asked the Ninth Circuit of the United States Court of Appeals to block enforcement of the California laws and regulations prescribing standards for the conditions under which chickens must be kept in order for producers to sell eggs in the state. California is the country’s largest egg market.

The appeals court ruled against the six states in favor of a lower court ruling. The group of states are now asking the United States Supreme Court to take up the issue. The states are Alabama, Iowa, Kentucky, Missouri, Nebraska and Oklahoma.

“Kentucky is a thriving egg-producing state, and this law places our agriculture industry and farming families at a disadvantage by increasing farming cost and driving up the cost of food for Kentuckians,” Beshear said. “The Supreme Court must review this issue in order to level the playing field for our producers against out-of-state regulations.” 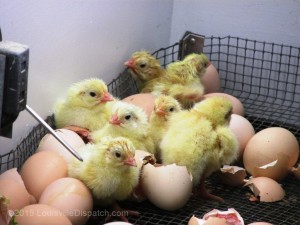 The group of five attorneys general and the Governor of Iowa representing egg-producing states argue that the laws hurt agriculture in their states and are in violation of the Commerce Clause, which regulates trade among states and foreign nations.

The group asserts that its egg farmers must choose to either bring their entire operations into compliance or not sell in the California marketplace. The states argue that the necessary capital improvements to meet the standards would cost farmers hundreds of millions of dollars.

Kentucky farmers produced 1.3 billion eggs in 2015, according to the USDA.