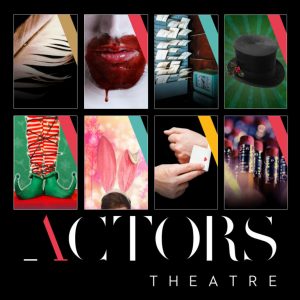 Actors Theatre of Louisville is delighted to announce the return of their successful Community Ticket Grant program for the 2017-2018 Season, sponsored in part by Brown-Forman. In serving Actors Theatre’s mission to unlock human potential, build community, and enrich quality of life by engaging people in theatre that reflects the wonder and complexities of our time, this city-wide initiative extends the opportunity to experience Actors Theatre’s robust programming to any members of Louisville and Southern Indiana’s community groups and 501(c)(3) charities, who for various reasons, may not have the resources to attend a performance on their own.

In its inaugural season, the Community Ticket Grant program served 61 area charities, which granted the opportunity for a theatrical experience to 1,500 local residents. “We are thrilled to provide this opportunity again for everyone in our community to participate in the power of live theatre,” said Melissa Hines, Marketing Manager. “We had an overwhelmingly positive response this past season, which only solidifies the importance of this program. We want our audience to be reflective of our dynamic and diverse community, and the Community Ticket Grant program is one more way to remove any barriers to accessing artistic programming.”

Qualifying community groups and 501(c)(3) charities serving individuals in the greater Louisville and Southern Indiana area are welcome to apply to receive complimentary tickets to an Opening Night performance from a selection of Actors Theatre’s 2017-2018 Season Brown-Forman Series, holiday shows, and 42nd Humana Festival productions. Each group may apply for up to three productions a year with ticket quantities ranging from a minimum of 10 tickets up to a maximum of 150 tickets. The selected groups will be awarded tickets to one of their three production choices for the 2017-2018 Season. Groups will work with Melissa Hines, Marketing Manager, and members of the Actors Theatre Box Office to coordinate attendance details and seating selection for their group members.

As part of their grant applications, groups may request tickets to the following productions in Actors Theatre’s 2017-2018 Season:

Deadline to submit applications for the 2017-2018 Season is August 4, 2017. Additional season information, program rules and restrictions, and the online application form can be found at actorstheatre.org/community-ticket-grant. Specific questions may be directed to Melissa Hines, Marketing Manager, at mhines@actorstheatre.org or 502.584.1265 x3140.