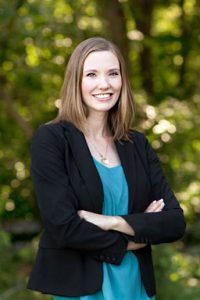 “I am confident that as our Chief Health Strategist, Dr. Moyer will provide strong leadership to help realize one of the primary goals of my administration – to make Louisville a much healthier place,” the Mayor said.  “Already, she has spearheaded the expansion of Louisville’s Smoke-Free Ordinance to include electronic cigarettes and hookah products, the establishment of Kentucky’s first Syringe Exchange Program, and the national accreditation of the department.”

Dr. Moyer joined the Department of Public Health and Wellness in January 2015 as Medical Director.  She also served as the department’s interim health director from January 2015 – April 2016 following the departure of Dr. LaQuandra Nesbitt to assume directorship of the Washington D.C. Department of Health.

As medical director, Dr. Moyer, a board certified family physician, oversaw clinic operations. As the city’s Chief Health Strategist, she works with all sectors of the community to affect policy, systems and environmental changes to make Louisville and its citizens healthier.  She currently serves as co-chair of the Louisville Health Advisory Board, a group of leaders from government, business, educational,  civic and nonprofit organizations who are working to improve the physical, mental and social well-being of Louisville residents with the goal of increasing the number of healthy days – quality of life – by 20 percent by 2020 and beyond.

“I’m honored by the confidence Mayor Fischer has shown in me by naming me the Director of the Department of Public Health and Wellness,” said Dr. Moyer.  “I look forward to working with the fine staff of the department and with all of our community partners to improve the health of our city.”

As Louisville’s Director of Health, Dr. Moyer will also hold an appointment on the faculty of the University of Louisville School of Public Health and Information Sciences (SPHIS).

“Although all schools of public health seek relationships with local and state health departments, the longstanding partnership between LMPHW and SPHIS is unique,” said the school’s dean, Craig Blakely, Ph.D., M.P.H. “Dr. Moyer is a true joint-appointed faculty member in the school, not an honorary adjunct, which is often the case in other communities. We are truly excited that she is taking on the role of health director and look forward to a growing collaborative relationship.”

Dr. Moyer succeeds Dr. Joanne Schulte, who became Louisville’s Director of Health in April, 2016.  Dr. Schulte did not renew her contract and returned to the Houston area.

Dr. Moyer earned a Doctor of Medicine from the Temple University School of Medicine In Philadelphia.   There she formed Temple’s Emergency Action Corps and worked in sub-acute disaster areas throughout Central and South America after such first-responder agencies as the Red Cross had left.  She served in Honduras, El Salvador and Bolivia in 2008, 2009 and 2010.

Dr. Moyer completed her Family Medicine Residency at the Wake Forest School of Medicine. In 2012 she was named “Outstanding Resident” by the North Carolina Academy of Family Physicians.  Before entering medical school, Dr. Moyer earned a Master’s in Public Health with honors from Dartmouth.  She earned her undergraduate degree from Colorado College, where she majored in physics.

Dr. Moyer is married to Dr. Jed Moyer, a pediatric orthopedic physician with Norton Healthcare. They have three sons — twin three-year-olds and a one-year-old.