Fandomfest Set to Take Louisville by Storm in New Location 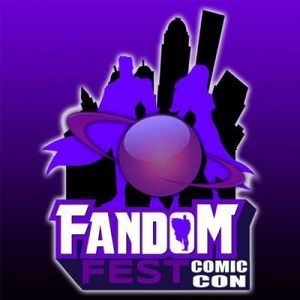 Fandomfest 2017 is ready to kick off tomorrow afternoon at the Jefferson Mall on Outer Loop.  The event, which draws fans of many genres from sci-fi and horror to comic books and literary works to anime and other art.  2017 marks the 12th year for the event, which started out as Fright Night in 2005.

Fandomfest runs from July 28 through 30 at the Jefferson Mall Event Space which many may remember as the former Macy’s.  Doors are open 4PM to 10PM Friday, 10AM to 7PM Saturday with after-hours events until 2AM, and 11AM to the 4PM close of the show on Sunday.  This marks the third home for Fandomfest in as many years after the event moved from the downtown Kentucky International Convention Center due to construction and from the Kentucky Exposition Center due to contract issues.

In addition to celebrity appearances, meet and greets, Q&A sessions, the event also plays host to a large marketplace where collectors can find both new and vintage toys, artwork, novels and more.  On top of that, there are numerous panels that discuss topics like Science in Comics, games like Fandom Jeopardy, competitions like the Cosplay Contest, and helpful sessions like Writing Tips for Genre Writing.  Attendees looking to relax can even participate in some free retro gaming sessions.

Find full schedules, hours, panels, and more in the official Fandomfest app for iOS and Android or on the event website, fandomfest.com.

Tickets are available at the event box office (cash only) and in advance online starting at $30.