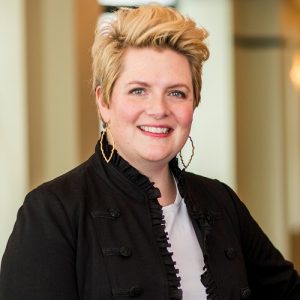 Following a nationwide search process, The Kentucky Center is announcing the appointment of Julie Roberts to the role of vice president of development.

Since 2013, Roberts has served as the director of development for Actors Theatre of Louisville, one of the most respected regional theaters in America and known worldwide for the Humana Festival of New American Plays. She previously served as vice president of development and communications at Maryhurst and as vice president of marketing & advancement for Sunrise Children’s Services.

Roberts has experience with multiple capital campaigns, building community partnerships and short- and long-term strategic planning. She is a graduate of the Fund for the Arts NeXt! Leadership program and serves on its alumni board. She also is a board member with Friends of the Waterfront. Roberts is a Kentucky native who studied print journalism at Western Kentucky University and has lived in Louisville with her husband, Jonathan, for 20 years.