New Areas Open for Public Use 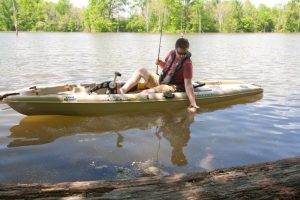 The Kentucky Department of Fish and Wildlife Resources has opened more land for public use.

The properties are in Gallatin, Nicholas, Owen, Pulaski and Wayne counties.

The WMA abuts the Daniel Boone National Forest to the south and east. Two areas will remain closed while abandoned gas wells are being permanently sealed along Acorn-Ano Road and Buren Turner Road. No admittance signs, orange flagging and orange paint will mark the off-limits areas.

Visitors to Rockcastle River WMA will find it primarily forested. About 30 percent of the area is open land. Several ponds ranging from half an acre to almost 6 acres are scattered across the property. Daily creel limits on the WMA are 10 bluegill or other sunfish, four catfish, 15 crappie and one bass longer than 15 inches.

Rockcastle River WMA is not listed in the current Kentucky Hunting and Trapping Guide. It will be open for hunting under statewide regulations for squirrel and other game with some exceptions. The modern gun deer season will be open for two consecutive days starting the second Saturday in November. The area will be closed for all muzzleloader deer, grouse and bobwhite quail seasons.

No general fund tax dollars were used in the project.

The property is off KY 1619 about 20 minutes northeast of Monticello. The terrain is flat and much of the property is planted with new trees but there are mature woods along the property’s western edge.

Meadow Creek WMA is open for hunting under statewide regulations except the early muzzleloader deer and modern gun deer season are closed.

Stephens Creek WMA is named after the creek that runs along its eastern boundary.

The area is mostly forested and features steep hillsides with some open ridgetops. Offering good populations of deer, turkey and squirrel, it will be open for hunting under statewide regulations, except the modern gun deer and October muzzleloader deer seasons are closed.

No general fund tax dollars were used for the project.

Conveniently situated just off U.S. 127 in southwest Owen County, the tract blends rolling hills and steep wooded hillsides. Cedar stands are interspersed with mixed hardwoods. There are some ridgetop fields and creek bottoms along Gills Branch.

Hunting regulations for the tract will match those in place for the rest of Kleber WMA.

The area boasts a robust deer population, so hunters can expect good deer hunting as well as opportunities for wild turkey. An abundance of oak and hickory trees should lend itself to plenty of enjoyable squirrel hunting. Parking areas are on County Line East Road and Gills Branch Road just off U.S. 127 about 15 minutes north of Frankfort.

The Kingsolver tract is mostly forested but it also features some open-land habitat. Forested areas will be managed for a mixture of growth stages and beneficial composition with an emphasis on invasive species management. The open land habitat will be managed as early successional old-field habitat.

Hunting regulations for the tract will match those in place for the main tract of Clay WMA. However, it will be open during quota fox hunts and the pheasant hunt.

Maps and additional information for these areas and other public lands are available on Kentucky Fish and Wildlife’s website at fw.ky.gov. Click on the “Maps” tab on the department’s homepage and select “Wildlife Management Areas/Public Hunting Areas” from the list of links.