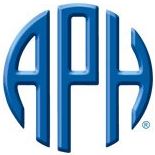 Mayor Greg Fischer announced today that a public-private partnership to help people who are visually impaired find points of interest in Louisville will expand, thanks to a $250,000 grant from the James Graham Brown Foundation.

The Indoor Explorer program, which is operated by the American Printing House for the Blind and created in partnership with the city’s Office for Civic Innovation, places low-power Bluetooth beacons in public buildings that feed information about amenities and points of interest to an app called Nearby Explorer.

People who are visually impaired will use this information to independently find their way through and around the public buildings to find features, such as an airline ticket counter at the airport.

“The American Printing House for the Blind is a nationally recognized leader in innovation, and so is Louisville Metro Government — so this is a natural partnership,” Mayor Fischer said. “This program will expand opportunities for citizens and visitors with vision loss, and is another example of big ideas becoming a reality in Louisville through collaboration, good thinking and hard work.”

The grant will fund the installation of low-power Bluetooth beacons inside additional public buildings, expanding the uses of the Nearby Explorer app for independent travel, employment, civic engagement, tourism, education, dining, recreation, shopping and more. The beacons will also improve indoor navigation — which is limited under current technology — for app users who are blind and visually impaired.

“We are energized by Mayor Fischer’s commitment to making APH’s vision of a world where people who are blind or visually impaired can work, learn and live without barriers a reality here in Louisville,” said APH President Craig Meador. “Working together we have the opportunity to show the world what a truly welcoming community looks like by making Louisville the most accessible city for people who are blind and visually impaired.”

The project aligns with Louisville Metro’s Smart City initiatives, which also include the Waze app for traffic notifications, collaboration with the app IFTTT, and the LouieLab civic innovation space in downtown Louisville.