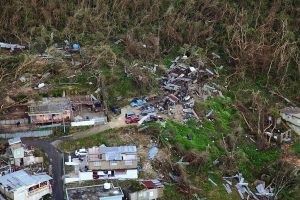 In response to the devastation left behind by Hurricane Maria, the WAVE 3 News Abbey Road on the River launched a YouCaring page to help raise funds for disaster relief. The page was originally created to support the band members of long-time festival band from Puerto Rico, The Jukebox. Fortunately, The Jukebox band members – Arlemar Méndez, Francisco Cairol and Juan Carlos del Valle – homes were spared from the worst of the damage, and they requested the money go to those who needed it more.

“We first set a goal to raise $4,000 for our friends with The Jukebox, and when we surpassed that we kept increasing the goal,” explains Gary Jacob, festival producer. “This is such a testament to the comraderie [sic] and support shared among the Abbey Road on the River community. It’s great to realize that through the music of The Beatles and the experience of our event, our fans are rallying together and their generosity is improving the lives of our fellow Americans in Puerto Rico.”

Abbey Road on the River is a world-famous Beatles-inspired music festival that brings together more 50 bands and 20,000 fans to celebrate peace, love, and rock-n-roll. After 3 years in Cleveland and 12 years in Louisville, Abbey Road on the River moved across the river last year and now calls Jeffersonville, IN its home. The 2018 festival will be held over Memorial Day weekend, May 24-28, at the Big Four Station Park. For more information, visit www.artor.com.