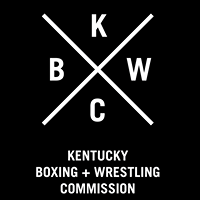 WWE’s Smackdown Live is back in the Commonwealth for another round on Tuesday night.  For the first time in nearly six years, a live televised WWE event will be held at Rupp Arena in Lexington.

“It’s great to have WWE back in Kentucky for another live televised show,” said Kentucky Boxing and Wrestling Commission (KBWC) Chairman Chad Miller.  “More shows translate to more dollars for local economies, and the Commission is thrilled that our efforts are paying off for our wrestling fans, athletes, local businesses, and the combat sports industry in Kentucky.”

Since 2016, the Commission has repealed nearly 40 percent of the state’s combat sports regulations as part of Gov. Bevin’s Red Tape Reduction Initiative. The “cut rule,” repealed as part of the initiative, required an athlete to leave a match if he or she bled.  The regulation prevented live televised matches from being held in Kentucky. Since the repeal, WWE has hosted several shows in Kentucky, including a Smackdown Live show earlier this year at the KFC Yum! Center.

“There is no doubt that the growth we are seeing in combat sports is directly tied to a transparent and fair regulatory environment,” added Miller.  “The Commission continues to look for ways to promote efficiency while also ensuring athlete safety.  Athletes can now apply for licenses online, and the Commission has streamlined and repealed approximately 55 percent of the forms an athlete could be required to complete for licensure.  We believe that all of these measures will further a strong combat sports industry in Kentucky.”

As of Oct. 26, Governor Bevin’s Red Tape Reduction Initiative is responsible for repealing 188 regulations and targeting an additional 341 regulations for repeal. Over 2,208 of Kentucky’s 4,700 regulations have been reviewed as part of the initiative. Visit http://redtapereduction.com/ to learn more.

The KBWC oversees all professional boxing, wrestling, and full contact competitive bouts and exhibitions in Kentucky. Learn more about the commission at http://kbwa.ky.gov.