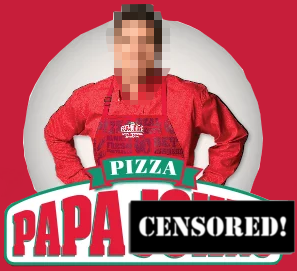 Papa John’s founder, John Schnatter, claims in a letter to the pizza chain’s board of directors that his decision to step down from the board amid controversy over using offensive language on a conference call was “a mistake.”

The board of directors Sunday canceled Schnatter’s “founder” position and booted him from the company’s Louisville corporate headquarters.  Last week, the restaurateur separated from the University of Louisville board of trustees last week. University President Neeli Bendapudi also announced last Friday that the school will drop the Papa John’s name from its football stadium, calling it simply “Cardinal Stadium” while the company acted to remove Schnatter’s likeness from their logo and advertising materials.

Schnatter said that the board asked him “to step down as chairman without apparently doing any investigation.” Schnatter agreed to the board’s request, although now says in his letter, “today I believe it was a mistake to do so.”

In his letter dated Saturday, Schnatter attempted to provide context for the use of his language during what the company’s former marketing agency called “diversity media training.”  The embattled company founder claims that he was, in fact, attempting to distance himself from the use of such racially charged language in response to questions from the agency about whether or not he was racist. In the letter, he states that he “said something on the order of, Colonel Sanders used the word “N,” (I actually used the word,) that I would never use that word and Papa John’s doesn’t use that word.”

Schnatter continued on in the letter, claiming that the ad agency attempted to extort the company for millions more than what they were owed due to the offense taken by some of their employees over the founder’s comments. The Laundry Service, Schnatter claims, threatened to conduct a “smear campaign” unless they were paid $2.5 million – approximately twice what they were supposed to be paid.

The full text of Schnatter’s letter may be seen below:

I am writing because I believe it is important that you hear directly from me the facts and circumstances surrounding the events that were initially reported and mischaracterized in the July 11 Forbes story, “Papa John’s Founder used the ‘N’ word on Conference Call” and ultimately was carried in media across the country.

On May 14, Steve Richie, Mike Nettles, I and others in the company met with executives and staff of The Laundry Service, who shared their creative and strategy, at their offices in New York. As you know, we had been testing with significant success, my returning to the company’s advertising. On May 22, at their strong suggestion, I participated in what The Laundry Service called “diversity media training.” The idea was to prepare me for questions I might get as a result of my reappearance at NHRA on Saturday, May 26 in Chicago. (The Laundry Service, for those of you who don’t know, is an advertising and marketing agency which is part of the Wasserman Media Group.) During and after that meeting, The Laundry Service leadership strongly urged that our company retain Kayne West as my co-spokesman in the television spots and other promotions. I told them that would not work because he uses the “N” word in his lyrics.

During this diversity media training, which covered a wide number of topics, I was asked whether I was racist. I, of course said no — which is a truthful statement as those of you who know me well will attest and of course, if you felt otherwise you would not be sitting on the Papa John Board. I was asked if I was not racist, then why did I say what I did about the NFL situation? I said if you look at what I said, it was in no way racist. (The fact is, we completely mishandled the NFL situation from a public relations standpoint – both the Board of Directors and company leadership.) I then said something on the order of, Colonel Sanders used the word “N,” (I actually used the word,) that I would never use that word and Papa John’s doesn’t use that word. Earlier, I gave an example of a scarring experience I read about in Texas when I was growing up which further cemented my existing abhorrence of racism. The thought of this situation to this day sickens me. Let me be very clear: I never used the “N” word in that meeting as a racial epithet, nor would I ever.

I have talked to a Papa John’s employee who was in that room with me who confirmed my recollection of these events.

The next day, May 23, the company made the decision — not me — to fire the Laundry Service, with their last day being July 2. We owed them approximately $1.3 million. Of course, we said we would pay them what was owed, but they said they wanted $6 million because they claimed some of their people had been offended by what I had said. Moreover, one of their attorneys said they would conduct a smear campaign against the company and me unless we paid them what he was asking for. Unfortunately, the company gave in to this extortion attempt and offered them $2.5 million or roughly $1.2 million more than they were owed.

On July 10, we got a call from the Forbes reporter who wrote the above-referenced story. The reporter gave me 15 minutes to give him our comments and said he then was publishing the story. It published the next day. Please be assured, I am going to get the facts of this situation out, but we want to make sure we do it correctly.

The Board asked me to step down as chairman without apparently doing any investigation. I agreed, though today I believe it was a mistake to do so. I have checked with corporate governance experts who tell me that this was not a proper action by the Board. At the last meeting, a few of you raised the issue of whether I should step down as a director. Once again, those individuals were acting on rumor and innuendo, without any investigation — let alone a third-party investigation of the facts. And once again, the corporate governance experts with whom I consulted said this is not the proper action of either a director or the board.

I am confident that an examination of the facts will bear out what I have written in this letter and show that once again our company has demonstrated that it does not know how to handle a crisis based on misinformation. I will not allow either my good name or the good name of the company I founded and love to be unfairly tainted.