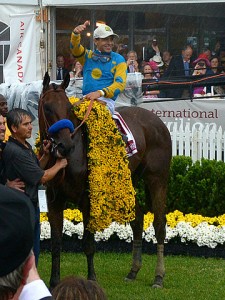 37 years after Affirmed won the Triple Crown in 1978, American Pharoah pulled off an amazing victory to become the 12th horse to claim the title.

American Pharoah’s official time was 2 minutes 26.65 seconds and he won by 5 1/2 lengths. The world record and track record for the Belmont Stakes is held by Secretariat, who also won the Triple Crown  in 1973. He completed the race in 2 minutes 24.00 seconds and won by 31 lengths.