Tilson Thomas, also known as MTT, is the celebrated music director of the San Francisco Symphony. He will be among the most prominent guest conductors for the Louisville Orchestra since a mid-century visit by Shostakovich and Stravinsky, according to Louisville Orchestra music director Teddy Abrams. More about the concert, including ticket information, can be found at https://louisvilleorchestra.org.

As part of the contest, Mayor Fischer is asking residents to share on social media about how music and the arts changed their lives.

He has posted this question to Facebook and Instagram —residents will have until 5 p.m. Thursday to share their story. The commenter with the best answer will receive two free tickets to the concert conducted by Tilson Thomas and Abrams on Saturday, April 15.

“Promoting rock concerts in college was one of my first experiences as an entrepreneur, and so I’m a big believer in the profound ways art can change a life — and a city,” Mayor Fischer said.

“I’m urging citizens to tell us how music has helped shape their lives, and for music lovers throughout our city — the longtime classical fans, and the new — to make plans to experience this significant moment for the Louisville Orchestra on Saturday.”

MTT will conduct the orchestra for a celebration of American music that includes pieces by Leonard Bernstein, Aaron Copeland, John Adams and George Gershwin, as well as his own pieces. 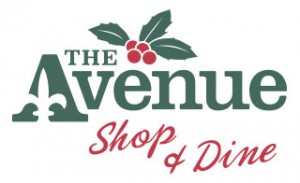 In celebration of Small Business Saturday and the dozens of locally owned businesses in the area, Frankfort Avenue will host “Shop Small on the Avenue” from Friday, November 28th through Sunday, November 30th. Fourteen local eateries and retailers have donated items for the contest, and the items will be displayed at each of their locations. Items range from a $50 North End Café gift certificate to a handmade scarf worth $120. Shoppers can pick up a contest form at any of the participating businesses, and every time they make a purchase at a participating business they will get a stamp. Once three stamps have been collected, shoppers can drop off their contest form at the business whose prize they want to win.

The fourteen participating businesses and items up for are grabs are:

Drawings will be held Monday, Dec. 1st and the winners will be notified by the end of that day. Shoppers can enter as many times as they like, provided they make purchases at new shops and collect a new passport. For more information, call Corin at Carmichael’s Bookstore at 502.896.6950.
About the Frankfort Avenue Business Association
The Frankfort Avenue Business Association’s (FABA) mission is to enhance The Avenue as a place to do business and work to stimulate economic development along the business corridor. In addition, FABA acts as an advocate for solutions when issues emerge in the community and helps keep The Avenue looking its best through clean-up and landscaping programs. For more information, pick up a map of The Avenue at any member business or visit www.frankfortave.com.