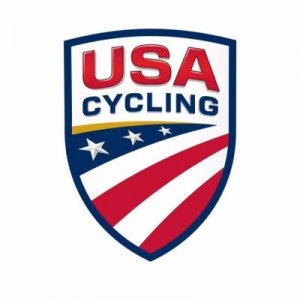 The USA Cycling Cyclocross National Championships will be held Dec. 11-16, 2018, at Joe Creason Park, the first time the event has been held in Louisville. The national championships will feature nearly 2,000 top professional and amateur riders competing over the course of the week from 45 states.

Forty-two national titles are on the line; male and female national champions will be crowned in the Junior, Senior, Collegiate, U23, Masters and Elite categories. Athletes range in age from 10 to 85 years old.

The event will be held on a cyclocross course at Joe Creason Park that made its debut at the 2017 Derby City Cup and Pan-American Cyclocross Championships. The challenging course includes elevation changes, a flyover, obstacles and off-camber ground that force riders off their bikes.

Cyclocross racing is a hybrid between road cycling and mountain biking that is athletically demanding, and fan and family-friendly. The experience for fans is interactive, with viewing areas within a few feet of the course, and cheering, jeering and crazy costumes that help energize the riders. Competitors race around an off-road circuit on bicycles that look very similar to road bikes, but have been built to take on the demands of rougher off-road racing. Circuits are typically 1.5 to 2 miles long, and feature obstacles that may force riders to dismount their bicycle. Multiple laps showcase these elite riders’ phenomenal skills and amazing speed, invoking the nickname “an hour of pain.”

Beer will be sold by Against the Grain Brewery; food will be provided by Black Rock Grille, POLLO, Moe-Licious BBQ and Blackbeard Expresso food trucks. Wristband admission is $20 per person including tax, which is good for the entire event week. Food and beverage are priced separately. Free vehicle parking will be available at the Louisville Zoo. There will be no warm up zone or tents allowed in the Zoo parking lot. For information on event expo and warm-up tents, please contact Ben Leto at bleto@louisvillesports.org.

“Louisville has a long-history of hosting national and international cycling championships – including the 2013 UCA Cyclocross Elite World Championships,” said Louisville Mayor Greg Fischer. “We encourage everyone to come to Joe Creason Park to enjoy some fantastic cycling competition. Cyclocross is an amazing experience for fans – expect an eclectic mix of lively spectators and high-energy action on the course.”

The national championships are estimated to generate more than $2.6 million in economic impact to the local economy and will result in national media coverage for Louisville. Live streaming will be available Sun., Dec. 16 beginning at 8:30 a.m. ET on USA Cycling’s YouTube channel and on participating cycling media websites.

“We are honored to have the opportunity to host a nationally sanctioned championship with elite athletes, officials and spectators converging on Louisville from across the U.S.,” said Louisville Sports Commission President and CEO Karl F. Schmitt, Jr. “This event provides an excellent opportunity to showcase our community and will generate significant economic impact through inbound sports travel, especially welcome during the winter months.”