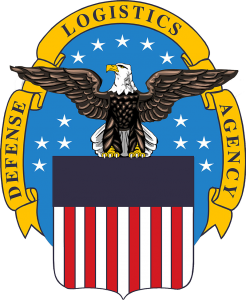 The 1033 Program was created by the National Defense Authorization Act of Fiscal Year 1997 as part of the US Government’s Defense Logistics Agency Disposition Services (DLA) to transfer excess military equipment to law enforcement agencies.  To date, the program has put $5.1 billion worth of military hardware into the lockers, offices, motor-pools, and equipment rooms of law enforcement agencies around the US.

For years the program has been widely criticized, including in audits by the DOD Inspector General and the Government Accountability Office, which noted in one report that “DOD does not have management controls in place to assure that excess
inventory is reutilized to the maximum extent possible.”  The GAO report found that much of the property disposed of by the DOD was in new, unused or excellent condition and that the remainder of the program was rife with inefficiencies, waste, fraud and abuse.

Following police response to widespread protests, some of which turned violent – resulting in the destruction of buildings and vehicles and looting of stores, over the recent Michael Brown grand jury decision, there were many complaints about the growing “militarization of police” in the United States.  These complaints turned to calls for increased transparency in the program by the public as well as politicians, including Kentucky’s own Rand Paul, who said “Washington has incentivized the militarization of local police precincts by using federal dollars to help municipal governments build what are essentially small armies—where police departments compete to acquire military gear that goes far beyond what most of Americans think of as law enforcement.”

The Marshall Project has compiled a list of which agencies received which assets as a part of the 1033 Program.  Kentucky has received at least$46,047,672 though the program since its inception.  Locally, the Jefferson County Sheriff’s Office has received $442,883.76 in government assetts, Jeffersontown PD received $494,233.15, LMPD  received $384,252.61, Metro Corrections received $19,365.00, and St. Matthew’s PD received $21,495.69.  UofL Police Department was near the bottom of the list, receiving only $1,132 in relatively innocuous assets while the University of Kentucky Police Department received $89,612 worth of 5.56mm rifles (10) and trucks (2).  Some of the larger equipment received locally include:

View the full list compiled by The Marshall Project below:   END_OF_DOCUMENT_TOKEN_TO_BE_REPLACED