Tickets went on sale today for the must see show of the holiday season. The Winter Woods Spectacular will make its debut the Saturday after Thanksgiving in historic Iroquois Park. The Louisville Parks Foundation and the creators of the wildly successful Jack O’ Lantern Spectacular are partnering again to bring a new event to Louisville which is sure to be a hit with families during the 2019 holiday season.

From November 30 through December 31, a section of Iroquois Park will transform into a winter wonderland where event goers will enjoy a ½ mile drive of lighting and artistry that will explore and celebrate the holidays. The event promises to bring the same magic to the holiday season that Jack O’ Lantern Spectacular does for Halloween.

If you and your family have been delighted by the sights and sounds of the Jack O’ Lantern Spectacular, you’re going to truly love the Winter Woods Spectacular.

Proceeds from the event will benefit the Louisville Parks Foundation, which supports Louisville’s public parks and community programs not funded by other local non-profits. The event will be open nightly from 6 p.m. to 10 p.m. Sunday – Thursday and 6 p.m. to 11 p.m. Friday – Saturday. Guests will enter at Southern Parkway and New Cut Road.

To reduce the impact to the neighborhood and park, a limited number of tickets will be sold each night. Guests must purchase their tickets online and in advance at WinterWoodsSpectacular.org. Payment will not be taken at the event. Sold out nights are to be expected.

All bus tour operators need to pay in advance by contacting: contact@winterwoodsspectacular.com 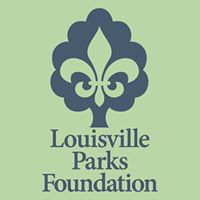 The $95,000 skate spot, built and designed by Hunger Skateparks, of Bloomington, IN, is the first of its kind in the region. Unlike larger skate parks, the skate-able art sculpture is designed for all levels, making it appropriate for beginners and experts alike. This completes the first phase of the Foundation’s Breslin Park 2.0 Project, which includes a state-of-the-art shade structure to follow.

“Many people aren’t aware of this, but Breslin Park was home to Louisville’s original skatepark.” Said Pardue, “There is a rich history of skating in this park and I have been overwhelmed with the positive response I have received from generations of street skaters in our community. I’m glad we listened and were able to provide them with something we can all feel good about.”

“This new skate spot, in conjunction with the Louisville Extreme Park, is going to put Louisville on the map for people looking for a quality skate experience.” Said Noah Hulsman, owner of Home Skateshop. “And we are committed to keeping Breslin Park clean and safe for all park users.”

Funding for the project is the result of a partnership between the Louisville Parks Foundation, a non-profit that supports Louisville Parks and Recreation, Home Skateshop, Councilman Bill Hollander, Grind Burgers, Spinelli’s Pizza, Vegan Jerky Company, and individual donors. 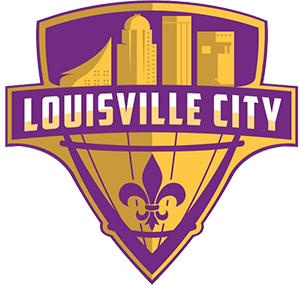 “Soccer is a growing sport in our community. So when the opportunity presented itself to add this new amenity to parks, with the help of our friends at LouCity, we seized it!,” said Louisville Parks Foundation, CEO, Brooke Pardue. “We hope other individuals and organizations will see the value and help us complete our goal of building four more fields.”

“I’m grateful to Louisville City FC, which is creating a huge buzz around soccer right now in our city, for joining the Parks Foundation to help to create soccer fields in South Louisville where all residents, bound by a love for this sport, can come together,” Mayor Greg Fischer said.

“As our community and team continue to grow, LouCity makes this donation with the future in mind. The community’s youth will be an integral part of both our city and our support one day and we are excited to see this project come to fruition,” said Brad Estes, Executive Vice President of Louisville City FC.

Five-a-side soccer is a variation of soccer, where each team fields five players. Other differences include a smaller pitch, smaller goals and a reduced game duration. Matches are played on artificial grass pitches that may be enclosed within a barrier or “cage” to prevent the ball from leaving the playing area and keep the game flowing.

As part of Mayor Greg Fischer’s Give-A-Day week of volunteer service across the city of Louisville, the mayor himself was honored today with the unveiling of a mural at Nelson Hornbeck Park in Fairdale.

The mural is a birthday present from his sister Lynn, who provided the materials for the project through a gift to the Louisville Parks Foundation. Art students from Fairdale High School and Fairdale Community School designed and painted the mural.

“I truly appreciate Lucretia Moore, District 13 resident and Ramsey Middle School art teacher, who has stepped up to lead this project. Also, Mr. Gibbs Rounsavall, art teacher, and Kathy Blevins, Director of Fairdale Community School, were instrumental in getting this project coordinated. As a birthday gift to Mayor Fischer, his sister Lynn Fischer is also a valuable partner. A huge appreciation to all!”

“I was in search of something special for Greg’s big birthday in January,” Lynn Fischer said. “I then learned the Fairdale High School art class was working on a mural for the Nelson Hornbeck pool house, and the Louisville Parks Foundation needed the paint to bring their design to life.  The more I thought about the pool house mural, it seemed a perfect gift to acknowledge Greg’s love for Louisville and commitment to our City values of health and life-long learning for all of our citizens. The ability to have the students and teachers paint the mural during Give A Day week was, no pun intended, icing on the cake!”

“We were very excited to partner on this project.  Coordinating community resources and people to improve our parks and facilities is what we do,” said Louisville Parks Foundation CEO, Brooke Pardue. “We hope more people reach out to us for potential future projects.”