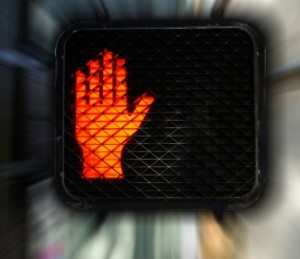 The AARP initiative funds quick-action projects that build momentum for change in communities. AARP awarded Louisville $10,550 toward a $15,550 project that improves the intersection in three ways:

These improvements at one intersection is the first in a larger plan to reimagine Ninth Street as a safer, more pedestrian friendly corridor and add to the flow of investment into west Louisville, which totals about $1 billion over the past four years.

“Right now, we find that Ninth Street has unsafe pedestrian conditions, underutilized right of way and speeding cars. Our overall goal is to make Ninth Street safer for pedestrians, and the AARP grant is a great kickstart to the work,” said Mayor Greg Fischer. “These improvements are part of about $1 billion in investment committee to west Louisville—including Passport Health Plan campus, Republic Bank Foundation YMCA, Beecher Terrace transformation and The Track On Ali.”

The grant is complemented by many projects along and adjacent to Ninth Street designed to break down this dividing point in our city:

The city has also applied for a BUILD grant to implement the Reimagine 9th Street corridor plan, which envisions an attractive, vibrant and safe connection between west Louisville and downtown. BUILD is the current iteration of TIGER, the grant that made has made improvements on Dixie Highway possible. The U.S. Department of Transportation will announce BUILD grant recipients by the end of the year.

Ninth Street from River Road to Broadway averages 142 crashes per year, and 255 jaywalkers per day. The city expects pedestrian and bike activity to increase along Ninth with the transformation of Beecher Terrace and the new Bus Rapid Transit line.