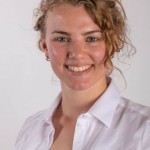 Karlijn Keijzer, a 25 year old Indiana University graduate student from Amsterdam was aboard MH17 when it was shot down over eastern Ukraine Thursday.  Keijzer was working toward her doctorate in the chemistry department at the southern Indiana university.

IU president McRobbie described Keijzer, a Dutch Citizen, in a press release as “an outstanding student and a talented athlete, and her passing is a loss to the campus and the university,” referring to her membership on the university’s successful 2011 varsity  rowing team.  McRobbie offered condolences to Keijzer’s family on behalf of the Indiana University community and went on to say that “Our hearts also go out to the families of all the victims of this senseless act.”

IU’s head rowing coach, Steve Peterson had kind words about the “stroke” rower of the Varsity 8 boat:  “Academically, she was straight A student, so she was outstanding there. But her biggest strength was her personality on the team. Any picture she you see of her, she was always smiling or happy or joking around with someone. She was extremely supportive of her teammates and had a tremendous enthusiasm. She was exactly the type of student-athlete any coach would want on their team.”

In the chemistry department, Keijzer was part of a research team that uses large-scale computer simulations to study small-molecule reactions involving certain metals. She was co-author of a research article published this year in the Journal of the American Chemistry Association […] She also served as an associate instructor in the chemistry department, teaching introductory organic chemistry as well as 400-level courses in biochemistry and biosynthesis.

Other comments from the IU community included those from executive dean of the College of Arts and Sciences, who called Karlijn “a bright star in the IU constellation, a gifted student and athlete, and a talented researcher with a passion for making the world better through science.”  Keijzer’s doctoral advisor, Mu-Hyun Baik described her as a “bright, talented doctoral student, a diligent researcher and a dear friend to all of us who worked with her in our research group” who “inspired us all with her optimism about how science will make Earth a better place.”