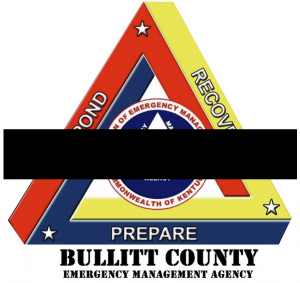 Bullitt County EMA’s Deputy Director Les Bandy’s vehicle was involved in a single-vehicle rollover accident after one of the Ford Expedition’s tires dropped off the road, sending it airborne.  Bandy, 58, was heading home, driving westbound on Highway 44 near West Point when he crashed around 5:30 p.m. yesterday.

Officials report that blinding glare from the sun may have been a factor in the crash.

Emergency crews had to extricate Bandy from the vehicle before transporting him to University Hospital.  Bandy had suffered head trauma and was unconscious as he was taken to the hospital, where he succumbed to his injuries shortly after midnight.

A police escort will accompany the 10 a.m. procession from University Hospital as Bandy’s body is taken to Owen Funeral Home in PRP.

Bandy will be missed by his friends and family – including members of the emergency management and EMS family.