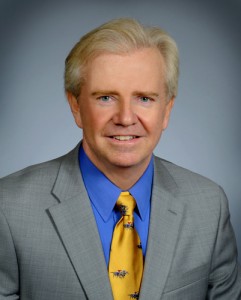 King was just re-elected to his fifth term last week, during a Council meeting which he missed.  Council Spokesman Tony Hyatt said that this is the first time that such a situation has occurred, so it is unclear at this point who will succeed King at the helm of the Metro Council.

King was also head of King Southern Bank as well as the father of 30th District Court judge Katie King.