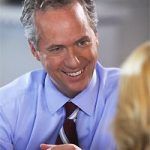 Louisville Metro Council approved unanimously the $822 million budget that Mayor Greg Fischer proposed earlier this year. There were some adjustments made, totaling ~$10 million.

Some of the changes made that were increased include: $5 million for road repairs, $1 million for sidewalk repair, ~$200,000 for surveillance equipment for LMPD, and ~$450,000 to Louisville Metro Corrections for repairs and improvements