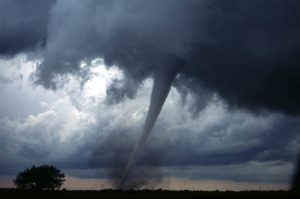 This statewide tornado drill will include an activation of the EAS – the loud, screeching tones that we hear on television and radio during times of severe weather.  The test will make use of the the ‘live’ Emergency Alert System code “TOR” and is scheduled for Friday, March 3 at 10:07 AM EST.  If there is a threat of actual severe weather on the scheduled test day, the test drill will be postponed to March 1st or the first day with non-threatening weather conditions.

The Kentucky State Emergency Communications Committee (SECC) has obtained, from the FCC, a one-time waiver of federal rules to allow broadcasters to legally relay this drill, which can normally only be aired during actual tornado events.

One of the stipulations of the waiver grant is that all broadcasters will make every practicable effort to inform the public that the drill is coming and it will be a test, not an actual emergency.  Additionally, since this drill must be originated by regional NWS offices, the message may run twice in some areas.