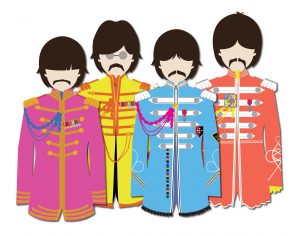 Abbey Road on the River (AROTR), the annual music festival honoring the music and legend of The Beatles, is just around the corner and area residents now have the opportunity to pick up tickets at all 45 Kentuckiana area Thorntons locations.

With roots dating back to 2002 in Cleveland, the 5-day music festival takes place over Memorial Day weekend along the Jeffersonville waterfront with venues including Big 4 Station Park, Clarion Hotel, and 300 Spring.  Attracting over 30,000 attendees, Abbey Road on the River is billed as the largest Beatles festival in the country.

Since the move from Ohio, Abbey Road on the River has expanded greatly, averaging more than 60 bands annually.  The 2017 lineup includes legendary greats such as Herman’s Hermits, The Family Stone, Paul Revere & the Raiders former lead singer Mark Lindsay, Wings drummer Steve Holley, The Grass Roots, Ambrosia, and many more.  The star-studded lineup is backed by a full bill of original acts and tribute bands who carry on the musical traditions of 60’s, 70’s, and beyond.

And it’s all kicked off with a free concert starring starring Jake Clemons from Bruce Springsteen and the E Street Band on Thursday, May 25.

General Admission Tickets are available now for $20 at all 45 Kentuckiana Thorntons Stores, which includes free 21 and under admission.  Tickets are also available online.