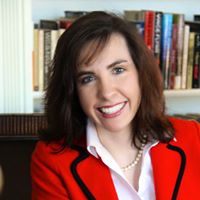 “I am confident that Lorran will be an asset as Communications Director,” Treasurer Ball said in a statement. “In her capacity as Executive Assistant, Lorran gained a unique understanding of my vision for the office. Her legal training, including high level analytical skills, qualifies her to communicate some of the more intricate issues coming from the Treasury.”

Ferguson is a Kentucky native from Monroe County. She holds a Juris Doctor from the University of Kentucky College of Law where she was the Executive Editor of the Kentucky Journal of Equine, Agriculture, and Natural Resources Law. She also holds a bachelor’s degree in History from Lindsey Wilson College, where she was a founder and past president of the Lindsey Wilson College Republicans. Ferguson also interned for Congressman Ed Whitfield in Washington, D.C.