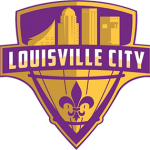 Heads up, soccer fans!  The United Soccer League has a few new teams this year.  One of which will be here in Louisville.

Louisville City FC will host approximately fifteen games at Slugger Field for the season, with more than half of these being weekend games.  All games will be in the evening.  Individual game ticket prices are not announced as of yet, but season tickets are available, price range is $180-$505

The Louisville City FC also just announced their home debut for the 2015 season.  The game will be March 28th at Slugger Field.  Even more exciting is that the team will be playing the St. Louis FC, which is also a new team to the league this year.

It is anticipated that these two teams will be rivals and this should make for an exciting for an game. The full schedule will be released tomorrow.