Two top leaders in Mayor Greg Fischer’s administration who helped build a data-driven culture of innovation have accepted new roles in the community that will allow them to continue their focus on making the Louisville region more entrepreneurial.

Chief of Civic Innovation Ted Smith, who is passionate about healthcare and technology, will become a full-time entrepreneur again as CEO of Revon Systems, a young health technology company in Crestwood that is revolutionizing clinical trials while empowering patients to seek appropriate care through artificial intelligence technologies. Revon was founded by Dr Cedric Francois and the co-founders of Potentia and Apellis Pharmaceuticals.

Theresa Reno-Weber, Chief of Performance & Technology, has leveraged her private sector experience to bring Louisville to the cutting edge of government performance improvement.  She has accepted the position as President and CEO of Metro United Way beginning in January, where she will continue her work driving data-driven policies and collective impact across our community. 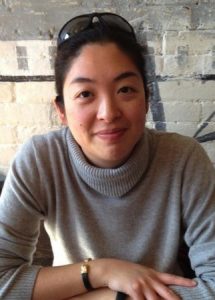 Grace Simrall, founder of iGlass Analytics and most recently executive director of innovation for Intel Care Innovations, will be the city’s new Chief of Civic Innovation. And Daro Mott, currently Chief Innovation Officer for Cuyahoga County (Cleveland, Ohio), will be Chief of Performance Improvement.

Simrall starts this week, and Mott, who previously was director of quality and performance for Louisville Metro Government and integral to the success of the LouieStat program, will return this fall/winter.

“Daro and Grace will make a powerful team and will continue to create a culture of innovation and continuous improvement in Metro Government,” Fischer said.

“It’s an honor to have the opportunity to serve the community,” Simrall said. “I look forward to continuing the work of my predecessor, Ted Smith, and welcome new collaborations across all channels.”

“Louisville leads the nation in local governments which have fostered a culture of data-driven innovation,” Mott said. “It is an honor to return to Louisville to lead its continuous improvement journey and help Louisville win a Malcolm Baldrige National Quality Award.”

Fischer today thanked Smith and Reno-Weber for their exemplary service to the citizens of Louisville, calling them pioneers, both locally and nationally. “Ted and Theresa have helped make Metro Government more innovative and have taught others nationwide and globally how to transform their city governments,” the Mayor said. 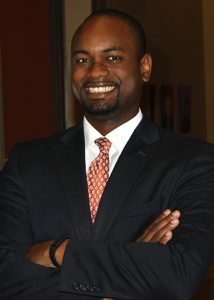 Among his many city accomplishments, Smith helped create the AirLouisville program, which equipped asthmas inhalers with GPS devices to better track health data, and helped found Code Louisville, which teaches computer coding skills to citizens. Reno-Weber brought a culture of data to Metro Government through creation of the nationally recognized LouieStat program. Both Smith and Reno-Weber were named by Government Technology magazine to its “Top 25 Doers, Dreamers and Drivers” Lists.

Among her many city accomplishments, Reno-Weber helped secure national partnerships with the What Works Cities initiative to better use data and evidence to deliver more effective city services and the Racial Equity Here initiative to advance racial equity across our community. She created the LouieStat data program, which has become a national model, implemented LEAN training for all new Metro employees, and created the first of its kind strategic planning model for the city.  Reno-Weber has been nationally recognized by Governing Magazine, Code for America, Governing Technology, and others for her work integrating the Office of Performance Improvement, HR, and IT.

Smith and Reno-Weber will volunteer as co-chairs of the new Civic Innovation Advisory Council.

“The opportunity to serve Mayor Fischer and the caring people of Louisville through the innovation leadership role was deeply rewarding and I look forward to serving further as a citizen-scientist and health-focused entrepreneur,” Smith said.

“Throughout my life and career, I have been driven by a desire to positively impact the lives of others. The opportunity to serve as CEO of Metro United Way, which brings our community together to change the odds for our kids and families, is an incredible honor and a challenge that I accept with both humility and excitement,” Reno-Weber said. “I have loved working with Mayor Fischer and leaders across Metro Government to drive a culture of strategic thinking, data-driven insights, continuous improvement, and innovation into government and look forward to working with them in partnership as we improve lives and our community.”