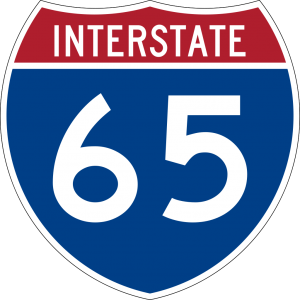 The partnership between federal and state officials to upgrade the Natcher Parkway to an interstate spur was forged during a sign unveiling ceremony at the Owensboro Riverport this afternoon.

“Today, we stand firm behind our commitment of unlocking the infinite economic potential that this spur will have.  Not only will it attract key investors to Western Kentucky, but it will improve the commute for motorists across the region,” said Gov. Bevin. “From its inception, Congressman Guthrie has championed this project each step of the way. I applaud his diligent efforts as well as our federal and state partners to help secure the necessary funding to begin the process.”

The designation of an interstate spur elevates the prominence of a highway into a federally-recognized corridor.  In turn, businesses and other entities look to locate along a major federal thoroughfare.  In addition, upgrading the parkway to interstate standards enhances the safety and mobility of the route.

“Nearly two years ago I joined state and local leaders to discuss a path forward for the Natcher Parkway and the designation as a future I-65 spur was a top priority for me in the latest highway bill.  I am pleased to see that today we are one step closer to making this designation a reality and I look forward to the opportunities that it will create for Western Kentucky,” said U.S. Rep. Brett Guthrie, of Bowling Green.

On Aug. 2, the Federal Highway Administration (FHWA) approved the Kentucky Transportation Cabinet’s (KYTC) plan to designate the Natcher Parkway as a future interstate spur.  A future agreement between FHWA and KYTC will identify and outline the requirements needed to upgrade the parkway to interstate standards.

The work will include upgrading bridge rails and guardrails; improving exit and entrance ramps; constructing new and/or modifying existing interchanges; and raising some overpass bridges to increase vertical clearance.

“The future I-65 Spur Shield is obviously something the community has been looking forward to for a long time,” Sen. Joe Bowen, of Owensboro said. “Two years ago, we were able to get language in the budget to get this process started. The completion of the project will certainly boost the potential for new and more business opportunities, not to mention an enhancement for tourism opportunities. I sincerely thank Congressman Guthrie, Governor Bevin, my colleagues, the Greater Owensboro Chamber of Commerce, and everyone else who worked hard to make this project a reality.”

A 2014 Palmer Engineering planning study prompted officials to include the spur into the current six-year highway plan.  The study defines necessary parkway upgrades, offers recommendations on roadway improvement strategies and provides costs associated with the project.

“Interstate access has been one of the top priorities for our area for many years. It is a great day when we can enable the people of our region the opportunities and advantages that come with great infra structure,” said Rep. Suzanne Miles, of Owensboro. “I appreciate Gov Bevin, Congressman Guthrie and all the partners for their hard work and commitment to this project.”

“The promising opportunity of an interstate spur opens the door to improved mobility and future plans for economic development along this growing corridor,” said Cabinet Sec. Greg Thomas. “I want to commend and thank our partners Gov. Bevin, Rep. Guthrie, FHWA and the local officials who understand the importance of this historic designation.”

A project timeline has not been established, but Cabinet officials anticipate developing a scope of work by the end of the year.  At that point, KYTC will begin the process of scheduling projects for bid proposals.

The Cabinet’s goal is to have the spur improvements in place or under contract in the near future.  The distinctive red, white and blue interstate spur shields will be installed once additional funding becomes available and upgrades are made to the route.