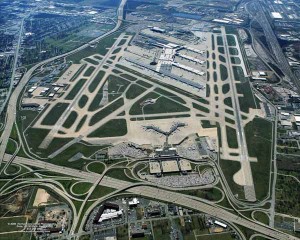 “We’re pleased that Southwest continues to expand service here in Louisville with Fort Lauderdale marking the third new nonstop destination they have added in the past 17 months,” said Dan Mann Executive Director of the Louisville Regional Airport Authority. “Southwest’s on-going investment of new routes at SDF speaks highly of the strength of our market and our strong partnership with them.”

“This is great news for Louisvillians looking to head south for work or fun, and a further sign of the strength of the Louisville market,” said Mayor Greg Fischer. “We’re pleased that Southwest clearly gets that, as it continues to expand its services here.”

The Fort Lauderdale flight came as part of the airlines winter schedule release. In addition to this new route, Southwest is also increasing their number of daily flights to Chicago-Midway as well as the number of weekend flights to Baltimore, Orlando, Phoenix and Tampa. With these service increases, Southwest’s Louisville capacity will be up 13% in January and February 2020.

This announcement follows a record-setting first six-months of the year for Louisville Muhammad Ali International Airport with 2,049,504 total passengers – a 12.5% increase in passenger traffic. Since September 2018, nine of the 10 months have also set passenger records, with June celebrated as the airport’s busiest month yet with 206,000 enplanements.

This level of growth – fueled by expanded markets and new announcements including Fort Lauderdale – has placed Louisville’s airport on track to celebrate its best year ever.

Louisville Muhammad Ali International Airport is served by six airlines offering flights to more than 30 nonstop destinations including 19 of the region’s top 20 domestic markets. With just one stop, travelers from across the region can reach more than 460 destination sin the U.S. and worldwide.

International travelers mean big business for the south and connecting with tour operators and trade journalists in 7,000+ pre-scheduled business appointments is a key marketing tactic for the region. This program combines outstanding entertainment, city tours, and evening events along with curated content during meal functions and is considered the premier marketing opportunity to showcase the rich music, food, culture, history and hospitality of the South.

Louisville continues to strike a balance between its role as a capitol city for America’s most venerable spirit, Bourbon, and its 21st century position as one of the most energetic places in the country to eat, drink and explore. Travel South USA describes Louisville as having the atmosphere and attraction of a big city with the hospitality and heart of a small one. They cite that often the globalization of society has made larger cities seem homogenous, however as Louisville is home to the Kentucky Derby, Muhammad Ali and Louisville Slugger, the city has been able to retain its cultural authenticity.

The city continues to garner national accolades including TravelAwaits “Most Affordable U.S. Cities to Visit in 2019,” and Southern Living’s “The South’s Best Food Cities 2019” as well as Business Insider’s “8 Best Places to Visit in the U.S. if you Love Bourbon.”

“Louisville is ready to open its doors to Travel South USA and the lucrative travel trade market. The timing is perfect as the city’s tourism product is more sought after than ever before, said Karen Williams, President & CEO of Louisville Tourism. “We’ll be ready to show Travel South delegates why Louisville is one of the hottest destinations in the US,” she said.

The state and city hosts will have the opportunity to feature the exclusive experiences found around the state and in the city destination to over 100 International Tour Operators from about 20 countries from around the world. Working together, over 300 tourism professionals from destination marketing organizations, hotels, attractions, restaurants and global partner representatives will meet one-on-one with top International Buyers and U.S. Receptive Tour Operators with a goal to build more visitation, spend more time and money in the South, and generate awareness of the diverse destinations found within the region. 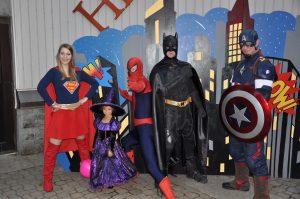 It’s that time of year when the Louisville Zoo transforms into a storybook land and a photo opportunity is waiting around every corner during the Zoo’s “World’s Largest Halloween Party!” presented by Meijer. This year the Zoo celebrates its 36th year of the popular party on October 5–8, 12–15, 19–22, & 26–29, 2017

Tickets are now on sale.

Children can dress up in their wildest costumes and set off on a magical journey through the Zoo.
The Party features costumed characters for guests to meet and greet in fanciful, larger-than-life storybook scenes. Trick-or-treating is offered for kids 11 and under. In an effort to be “green,” the Zoo requests that children bring their own trick-or-treat bag to the event. The Zoo will not provide bags, but reusable cloth bags will be available for purchase for $2 in the Zoo’s gift shop whiles supplies last. 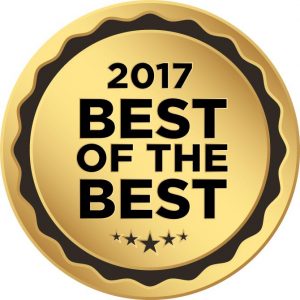 The American Bus Association’s (ABA) Destinations magazine has chosen both the Belle of Louisville and the Muhammad Ali Center as a “Best of the Best Travel Supplier in 2017.” The Belle and the Ali Center are two of 42 winners that make up top hotels, theatres, museums, festivals, shopping experiences, and more across North America.

The Belle of Louisville was named a winner in the Travel: Poetry in Motion category. The Belle is the oldest operating Mississippi-style steamboat in the world. It celebrated its Centennial birthday in 2014, and welcomed nearly 4,000 motorcoach visitors in 2016. The Belle is one of the most popular group-friendly attractions in the city.

The Muhammad Ali Center celebrates the life and legacy of the world-class boxer and global humanitarian who was born and raised in Louisville. The Center took honors in the Museums: Not Your Everyday Gallery category. Since its opening in 2005, the Ali Center has proven to be a popular itinerary stop for all types of group travel.

Two Southern Indiana tourism partners were also recognized on this year’s list. Schimpff’s Confectionary in Jeffersonville, Ind., was named one of the best in the Shopping: Delicious Delectable category. The Culbertson Mansion State Historic Site in New Albany, Ind., was named in the Historic Landmarks: History is Fun category.

Destinations is the official publication of ABA, and its annual ‘Best of the Best List” Awards are determined based on evaluation of sites nominated by members of the 90-year-old organization, though the sites themselves do not have to be members. All the winners have been published in a special section of the magazine’s September/October issue, which will be available online for a full year.

Lexington Road Section To Be Reconfigured

Work will get underway during the second week of September on a $630,000 package of safety improvements for a section of Lexington Road.  The segment between Payne Street and Grinstead Drive will be converted from the current design of two travel lanes in each direction to one travel lane in each direction plus dedicated turn lanes.

The new configuration is intended to improve traffic flow and reduce accidents as previously demonstrated by similar projects across Louisville. The road will be repaved and buffered bike lanes will be added on both sides. Drainage will also be improved.

The 2017 Louisville Pothole Blitz is On 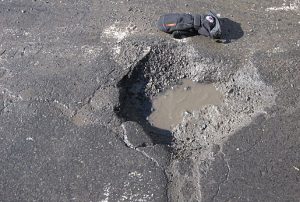 Mayor Greg Fischer today helped launch the 2017 edition of the Pothole Blitz conducted annually by Metro Public Works.  During the blitz, to recover from damage caused by the multiple freeze/thaw cycles of winter, Public Works crews go through the city’s streets in a grid pattern patching potholes until all roads are covered.

Mayor Fischer noted that the number of potholes is expected to continue a decline begun last year thanks to increased investment in paving and consecutive mild winters. Potholes peaked at 171,000 in 2015 following years of deferred road maintenance and a rough winter. But they are expected to total less than 50,000 in 2017.

Potholes can be reported to Metro Public Works here and other drivers can be warned and pothole information can be shared on the Operation Fill Louisville Potholes Facebook page.

Also this year, Public Works is adding $250,000 worth of new equipment that will help patch potholes faster and more effectively. For instance, vibrating walk-behind plate compactors are replacing handheld compactors to do a better job of pressing newly laid asphalt into place.

Mayor Fischer urged citizens to participate in the blitz by reporting potholes to MetroCall in one of three easy ways. Those using the social network Twitter can use the hashtag 502pothole. Include the hashtag along with the address or nearest intersection of the pothole location in any tweet, and MetroCall will get the message.

The same goes for a pothole reporting form that can be found at the top of the city website, Louisvilleky.gov. Click on the “Report a pothole” link, put in the location information and press send. “We believe government works best in collaboration with citizens,” the Mayor said. “The Twitter and website reporting tools are just another way to make city government even more responsive and easy to work with.” People can also call MetroCall at 311 or 574-5000. The 502pothole hashtag and the online form offer the advantage of avoiding the potential for having to wait on hold on the telephone.

Public Works patches potholes on Metro Government maintained roads. Potholes on interstate highways should be reported to the Kentucky Transportation Cabinet at 1-877-For-KYTC (367-5982).

Featuring the Commonwealth’s expansive waterways, Kentucky’s new road maps will create quite a splash in the upcoming travel season.

This year’s map highlights the wealth of recreation and relaxation opportunities presented by “Kentucky’s Great Lakes.” Known internationally for its scenic lakeside shorelines, Kentucky’s vast lake system offers over 360,000 acres for individuals to play and unwind.

The 2017 highway map also celebrates the quasquibicentennial, or the 225th anniversary, of the Commonwealth’s statehood. Founded in 1792, Kentucky boasts a rich history with an exciting, prosperous future. 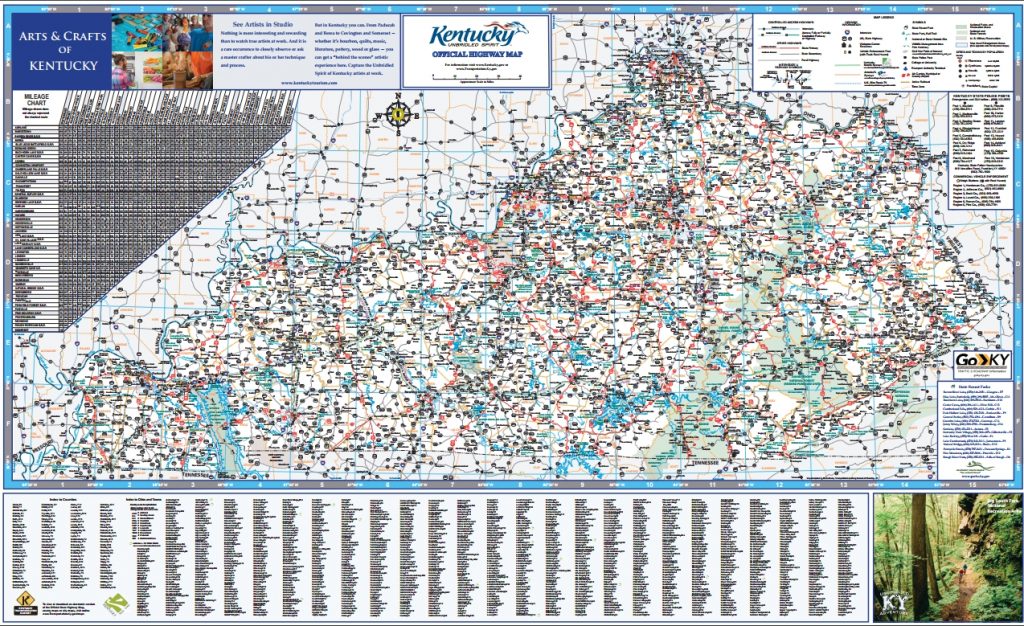 In his invitation to visit and explore all that Kentucky has to offer, Governor Matt Bevin spoke of the 225 years of memories captured in the Commonwealth.

“Kentucky travelers have long enjoyed the endless opportunities awaiting them along the Commonwealth’s highways and byways,” said Gov. Bevin. “As we celebrate our 225th anniversary this year, we invite residents and visitors alike, to join the fun in exploring all the Bluegrass State has to offer. We extend a warm Kentucky welcome to all who seek arts, history, culture, discovery and adventure—from our western waterlands to our eastern mountains, and all points in between. Thank you for exploring the most beautiful state in America!”

For individuals with an artistic flair, the map features stopovers like Covington and Somerset where budding artists can get a “behind the scenes” look as artisans demonstrate their craft and bring their ideas to life. For adventurists with a bent toward hiking, bicycling or horseback riding, the map details numerous Kentucky trail towns and pathways ready to be explored.   END_OF_DOCUMENT_TOKEN_TO_BE_REPLACED