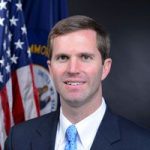 The consumer protection act was signed into law in 2012 intending to protect life insurance beneficiaries. The law requires insurance companies to check public death records for their Kentucky policyholders and make a “good-faith effort” to notify and compensate policy beneficiaries after their family member or loved one passes away.

The pre-filed bill, which will be presented to lawmakers when they convene in January, seeks to strengthen the retroactive application of the current law. It requires the Department of Insurance to set guidelines for insurance companies on what constitutes a “good-faith effort” regarding contacting beneficiaries for life insurance benefits.

“As the state’s chief consumer advocate, it’s my duty to protect Kentucky families,” Beshear said. “This legislation fights for the people. It’s critical that we have strong laws in Kentucky that require insurance companies to work with consumers and pay out policies. My office will continue to work with lawmakers to strengthen our consumer protection laws.”

Beshear joined Reps. Harris and Owens for the announcement of the pre-filed legislation today at Belfry High School. Many local senior citizens attended the event.

“We owe every resident of Kentucky the security to know when they buy an insurance policy that the policy will go where it belongs, to the beneficiaries,” Rep. Harris said. “Not years later, but within a reasonable time following the death of a policyholders. My bill will protect current Kentucky insurance policy holders and beneficiaries from some insurance companies that do what they can to keep from honoring the commitments that were made when the policy was sold.”

“Most of the small policies we are talking about were sold in lower socioeconomic regions of the state,” Rep. Owens said. “Many Eastern Kentuckians and folks living in urban neighborhoods in Lexington and Louisville bought these policies to help their children with burial expenses after they died. Kentuckians deserve strong government regulations and policies to protect them from harmful, unfair practices that pad the profits of big insurance companies at their expense.”

Reps. Harris, Owens and more than 15 House members supported identical legislation, House Bill 408, during the 2016 regular session. The measure passed the House of Representatives 84-0, but received no action in the Senate.

After the act was passed in 2012, it was challenged in court by several insurance companies who argued the law should not apply retroactively. The case was scheduled to be argued before the Supreme Court of Kentucky in February. The Kentucky Department of Insurance was set to argue in support of the law for policyholders; however, the agency dropped the case two days before it was to be argued.

With no one to advocate for the law, Beshear attempted to intervene on behalf of the state and consumers, but the cased had been dismissed.