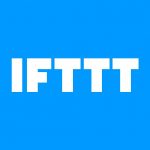 Mayor Greg Fischer announced a new city partnership with IFTTT, a San Francisco-based web and mobile platform that allows users to transform how they experience and manage their homes and habits.

IFTTT allows users to customize their experience with other services and tools — including Twitter, Google Drive, email digest and Philips Hue light bulbs — without coding.

Starting today, Louisville’s real-time air quality data will be available on IFTTT. Residents will be able to use IFTTT to create their own “Applets” using this data — for example, they could receive a push notification or send a Tweet when the air quality reaches a specific level.

The city plans to provide more feeds of city data to IFTTT soon, allowing residents more options to integrate city data into their daily lives. The IFTTT partnership is part of Louisville Metro’s Smart City efforts, which seek to use technology and information to improve services and increase opportunity for citizens. Louisville Metro’s Office of Civic Innovation is also currently partnering with CNET to explore the interaction of smart homes and Smart Cities.

“Cities are platforms for creating opportunity, and this partnership with IFTTT is another example of how we’re using the open data we collect, and putting it into citizens’ hands in accessible ways,” Mayor Fischer said. “I’m eager to see the clever ways citizens take advantage of this partnership to improve their lives, and the lives of others.”

Grace Simrall, the city’s chief of innovation, said: “We’re focused on bringing data and technology to citizens where they live —making it intuitive, accessible, inclusive and equitable. We’re excited about this partnership because it’s a small step in that direction, and we expect much more to come.”

Linden Tibbets, founder and CEO of IFTTT, said: “IFTTT is thrilled to have the city of Louisville join the platform. We believe that cities harnessing their own data can create countless possibilities for their residents. Louisville is leading the way in this regard. We look forward to partnering over the next months as they add more and more to their service.”

IFTTT is available at http://ifttt.com or in app stores.