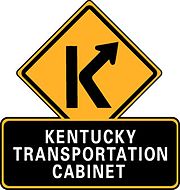 The Kentucky Transportation Cabinet (KYTC) today released a data-driven list of statewide transportation projects that will help guide development of the next Highway Plan.

Over the past several months, KYTC evaluated and scored more than 1,100 projects across the state using the new Strategic Highway Investment Formula for Tomorrow (SHIFT). The formula is an objective approach that uses data on safety, congestion, asset management, economic growth and cost-benefit ratios.

“With limited dollars to spend, we must make wise investments that improve safety for our citizens, increase mobility and drive the state’s economy,” said Transportation Sec. Greg Thomas. “SHIFT is a tool to help us propose a prioritized and balanced Highway Plan to present to the governor and lawmakers.”

The first step in narrowing funding priorities was to identify and rank projects with statewide significance – interstates and highways that move people and goods from one Kentucky region to another and to other states.

The statewide list identifies 70 projects, which are part of the National Highway System, as projects of statewide significance. These projects will be considered for funding through a statewide funding pool, which will be designated in the recommended Highway Plan later this year.

The next step in the SHIFT process will focus on ranking regional projects, transportation improvements within geographical sections of the Commonwealth.

Over the coming weeks, local transportation leaders (Area Development Districts, Metropolitan Planning Organizations and KYTC District Offices) across the state will meet to decide which projects to prioritize for consideration for Highway Plan funding. The groups will consider more than 1,000 projects that have been scored using SHIFT including those National Highway System projects that were determined not to have statewide significance.

KYTC has grouped the state’s 12 highway districts into four geographic regions – North, South, East and West – consisting of three districts each. Leaders in each region will be asked to prioritize spending on projects in their areas.

Thomas also announced yesterday that the recommended Highway Plan will set aside an additional $205 million annually in the next highway plan to repair or replace aging bridges and roads across the Commonwealth.

Kentucky has more than 1,100 structurally deficient bridges and more than 3,700 miles of roads that need significant repairs. The backlog of pavement improvements alone totals approximately $1 billion and is growing at a rate of 500 miles of roadway each year.

“We must take better care of the roads and bridges that motorists depend on today,” Thomas said. “The backlog of deteriorating infrastructure is significant and we must invest more resources to preserve our existing system.”

Later this fall, the statewide and regional lists developed under SHIFT scoring will guide development of the Highway Plan, a six-year outline for transportation spending. The plan will also include funding for priorities outside of SHIFT, including projects already underway and federally designated programs such as the Transportation Alternative Program and the Congestion Mitigation Air Quality program funded through the Office of Local Programs.

For more information about SHIFT and to view the statewide projects list, visit http://transportation.ky.gov/SHIFT.