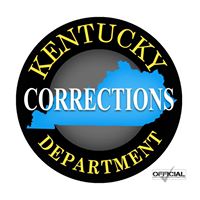 “Hughes will not only bring many years of experience, but a professionalism and dedication that is so necessary to this role,” said Erwin. “Though we do everything we can to prevent these situations, having a well-trained hostage negotiation team is a critical part of our department, and I believe Hughes is more than up to the task of being the new commander.”

Hughes began her career with the Department of Corrections as a classification and treatment officer at Northpoint Training Center (NTC) in 2006. In addition to her regular duties, she served as a Spanish translator for the parole board and was tasked to develop a dog program for the institution. In 2009, after the disturbance at NTC, she worked in Internal Affairs, interviewing staff and writing and tracking all of the disciplinary reports that arose from the incident. That same year, Hughes was asked to join the Hostage Negotiation Team, and graduated from the first FBI basic academy in the spring of 2010.

Hughes was later promoted to unit administrator I and moved to Blackburn Correctional Complex. While there she served as parole board coordinator and developed a new dog program as well. She was promoted to unit administrator II and returned to NTC in 2012, where she has worked in the restrictive housing unit, served as the Prison Rape Elimination Act (PREA) retaliation monitor, and acted as the HNT regional commander for the central region.