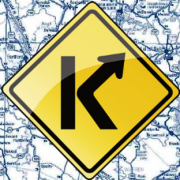 Kentucky’s 2018 Highway Plan will prioritize spending on more than 1,000 bridge repairs and 5,000 miles of pavement improvements over the next six years.

“The recently enacted six-year Highway Plan represents the most balanced approach released by Kentucky in decades for addressing the Commonwealth’s transportation needs,” said Gov. Matt Bevin. “This data-driven plan moves us in the right direction of prioritizing key road and bridge projects in view of actual available funding. I am grateful to state legislators and local officials who have collaborated with our administration to identify vital infrastructure needs and craft a roadmap to move Kentucky forward.”

Following through on Gov. Bevin’s directive to better balance spending and revenues, the Kentucky Transportation Cabinet’s (KYTC) long-range plan slices more than $5 billion in overprogramming – projects listed but without available funds to pay for them – from the previous six-year plan.

The 2018 Highway Plan passed by the Kentucky General Assembly does not include as much overprogramming as previous long-term spending plans, which KYTC Secretary Greg Thomas said is encouraging progress. However, state lawmakers added about $1.8 billion in projects above available funds to the governor’s balanced transportation spending plan. This expanded list of projects, in addition to the state’s recommended priority list of unfunded projects, speaks to the need for additional state-generated revenue.

“We can’t count on Washington to provide more money to address these transportation challenges,” Thomas said. “As we move into the summer construction season, we have to closely monitor our cash balance due to a significant number of projects in the pipeline, as well as substantial debt payments the Cabinet owes beginning in June. Our top priorities will be limited to projects that improve safety, repair bridges and pavement and support job growth.”

More than half of the current 9,700-lane-mile backlog of poor pavement needs will be improved over the next six years. KYTC’s Preventive Maintenance Program and the plan’s unprecedented level of funding dedicated to asset management will allow KYTC to reduce a growing backlog of poor pavement miles, and road condition improvements are expected to make commutes safer and protect vehicles throughout the Commonwealth.

“Bridges that have been closed to school buses and commercial trucks because of safety concerns will soon be repaired, replaced and returned to service. Thanks to the funds that are dedicated to asset management improvement, the impact of the plan will be felt by drivers who rely on bridges and roadways daily to maintain vital links to their communities,” Thomas noted.

Adding to the Cabinet’s $265 million asset management budget outside the plan, the Highway Plan allocates $904 million in funding to improve bridges and deteriorating roadways in the FY 2018-2020 biennium for a combined investment of over $1 billion for existing roads and bridges.

The plan also demonstrates a continued commitment to large-scale projects by devoting funds to make progress on projects at a fiscally responsible pace. The 2018 Highway Plan invests funding to paint the existing Brent Spence Bridge in 2019, and in western Kentucky, right-of-way and utility funds are dedicated for the I-69 Ohio River Crossing connecting Henderson, Kentucky, and Evansville, Indiana. The Cabinet will continue plans to study an eastern bypass concept focused on economic development from I-71 in Gallatin County to the AA Highway in Campbell County.

The Highway Plan will also benefit from House Bill 385, authored by Rep. Ken Upchurch and Rep. Sal Santoro and signed by Gov. Bevin. This legislation expands the previous design-bid project limit from $30 million to $300 million and offers KYTC another option to deliver the most cost-effective, flexible approach to address transportation needs.

A SHIFT in spending priorities

Gov. Bevin previously directed the Cabinet to develop an objective and collaborative process to prioritize federal and state funding for critical infrastructure projects. The Highway Plan reflects the prioritization of the most needed projects through the use of the Strategic Highway Investment Formula for Tomorrow (SHIFT) process. More than 18 months of work went into designing the SHIFT formula and evaluating more than 1,100 projects.

“Thousands of hours of hard work by hundreds of people at the state and local level developed this transportation blueprint that prioritizes the most pressing needs,” said KYTC Deputy Secretary Paul Looney. “This was a Kentucky team effort for the benefit of Kentuckians.”

The KYTC project team is already moving ahead to begin the 18-month SHIFT prioritization process to develop the 2020 Recommended Highway Plan. Local input from transportation leaders will continue to remain a core component of the process while project weights and scores may be refined based on the best available industry data measures. The next plan will be presented to the General Assembly in January 2020.

Additional information is available at http://transportation.ky.gov/shift.