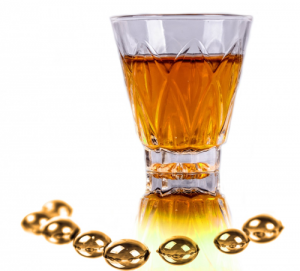 Amid recent talks about tariffs and trade wars, eight of the world’s biggest players in the whiskey industry are meeting for what has been dubbed the “W8 Summit” to be hosted right here in Louisville.

The world’s eight leading whiskey associations will gather in Kentucky, the Birthplace of Bourbon, next week in a historic summit to discuss trade issues that threaten the growth of this iconic, international industry.

The “W8 – Spirit of Collaboration Summit” is being hosted and coordinated by the Kentucky Distillers’ Association, a non-profit trade group founded in 1880 as the Commonwealth’s voice for Bourbon and distilled spirits issues.

KDA President Eric Gregory said this first-ever gathering of the world’s whiskey associations will serve as an open exchange of ideas, strategy and a shared commitment to preserving free and fair trade. “Now more than ever, our groups need to be communicating directly and, hopefully, speaking with a unified voice.”

“The global whiskey industry has been enjoying an unprecedented level of success to the benefit of our legendary producers, consumers, countries and local communities,” he said. “It’s critical that we maintain this momentum and ensure that world leaders understand the deep economic impact of whiskey and how it will be affected if this unfortunate trade war escalates or continues to extend.  The potential for long-term damage is real.”

Participating trade associations from around the glob include:

The group will meet July 25 and 26 in Louisville, ending with a press conference and ceremonial planting of a white oak tree outside the Frazier History Museum on Whiskey Row, the site of the upcoming Kentucky Bourbon Trail Welcome Center.

Kentucky Bourbon is one of the Commonwealth’s most historic and treasured industries, a booming $8.5 billion economic engine that generates as many as 17,500 jobs with an annual payroll topping $800 million and pours $825 million into tax coffers each year.

In addition, the industry is in the middle of a $1.2 billion building boom, from innovative new tourism centers to expanded production facilities, all to meet the growing global thirst for Kentucky Bourbon.