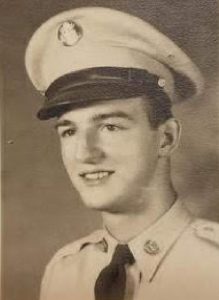 Gov. Matt Bevin today recognized the sacrifice of a Kentucky soldier who died in the Korean War, but whose remains have just been positively identified and are in the process of being returned to his family in Irvington.

In November 1950, Sipes was a member of Company L, 3rd Battalion, 7th Cavalry Regiment, 1st Cavalry Division. He was killed in action on Nov. 30, 1950, during heavy fighting between the Chinese People’s Volunteer Forces (CPVF) and the 7th Cavalry Regiment near the village of Unsan, North Korea. His remains were processed through a 7th Cavalry Regiment Collection Station on Dec. 1, 1950, and interred at the United Nations Military Cemetery (UNMC) Pyongyang on Dec. 2, 1950.

On Aug. 17, 1954, the United Nations Command (UNC) and North Korea, along with the CPVF, reached an agreement regarding the recovery and return of war dead. The agreement, known as Operation Glory, resulted in the turnover of 4,200 sets of remains to the UNC, including more than 400 sets reportedly disinterred from Pyongyang. One set of remains, designated N-16678 could not be identified, and was subsequently interred at the National Memorial Cemetery of the Pacific in Honolulu (known as the Punchbowl), as an Unknown.

Service arrangements for Pvt. Sipes are not yet complete.