On Thursday, Gov. Matt Bevin presented five Kentuckians with the Dr. Martin Luther King Jr. 2017 Leadership Award in Frankfort. The event, hosted by the Martin Luther King Jr. State Commission, recognizes individuals who embody Dr. King’s life and work, and who have made an exemplary contribution toward his legacy of service.

“Dr. Martin Luther King, Jr. peacefully and passionately pursued his dream of a world where men and women would not be judged by the color of their skin, but by the content of their character,” said Gov. Bevin. “Those we honor with this award continue Dr. King’s admirable work by ensuring that every citizen of our great nation has the option of pursuing the American dream.”

Nominations for the award were solicited across the Commonwealth from the general public. The MLK Jr. State Commission received a total of twenty nominations. The following individuals were awarded the 2017 MLK Leadership award:

Additional information can be found at 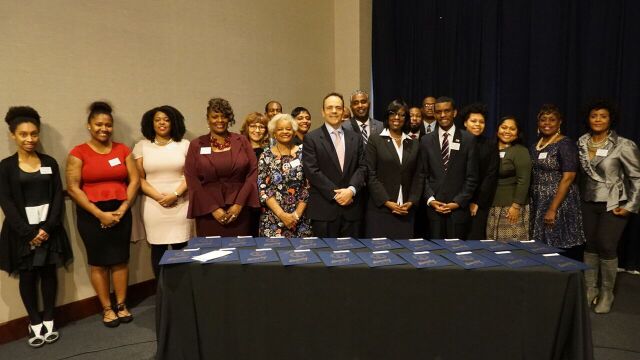 www.ome.ky.gov, or by contacting the Governor’s Office of Minority Empowerment at 502.564.2611 or kyome@ky.gov.