Kentucky Afield Outdoors: Squeezing Out The Last Waterfowl Hunting Of The Season 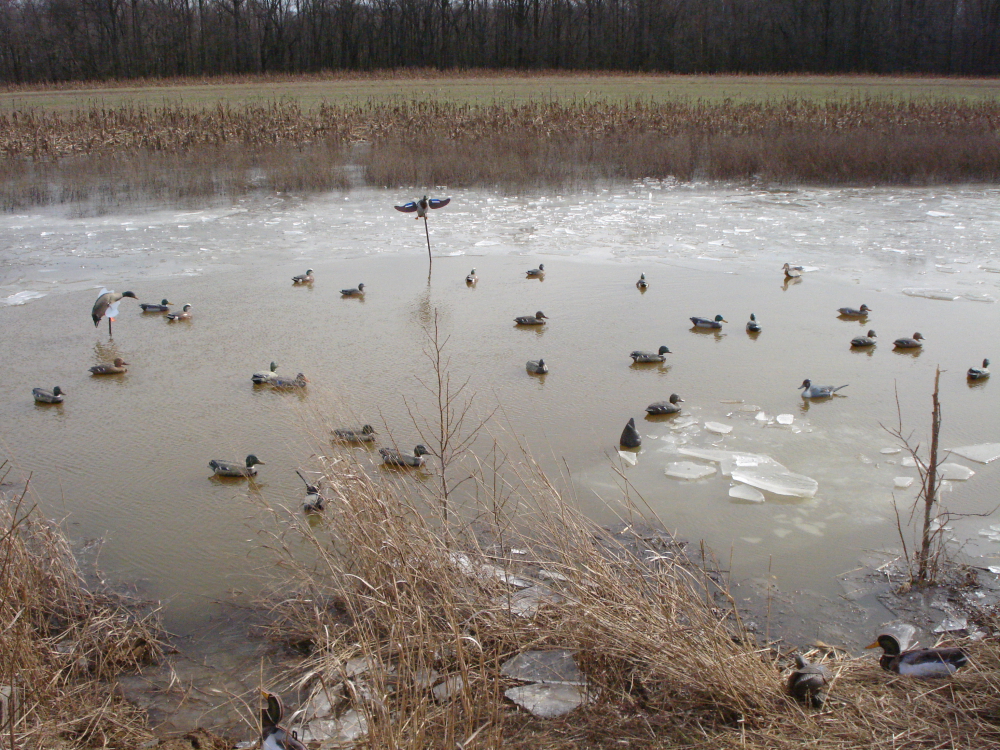 In Kentucky, the coldest weather of the year often coincides with the best waterfowl hunting. This should prove especially true this year with the unusually warm start to the waterfowl hunting season that opened Thanksgiving Day.

“Late winter seems to be our best duck and goose hunting due to the lower temperatures,” said Wes Little, migratory bird biologist for the Kentucky Department of Fish and Wildlife Resources. “We should have birds moving south now with the bitter cold and snow to the north of us.”

Hunters have an extra luxury this year of concentrating on ducks in January and geese in February as there are now two extra weeks to pursue geese. Duck season closes statewide on Jan. 29 while goose season doesn’t close until Feb. 15.

“You used to wonder in January, ‘Do I hunt ducks or do I hunt geese?’, but now you can hold off the hunting pressure on geese until February,” Little said.

Ducks and geese both locate in predictable places in the late season. Food resources and open water draw birds during the stressful times of January and February.

“Find a harvested crop field that is holding birds,” Little said. “You can find both ducks and geese in corn fields when the ground is frozen.”

Little related a January goose hunt last year in a harvested corn field. “Mallard ducks were using it and we didn’t even know,” he said. “Five of us had our mallard limit in 45 minutes along with some black ducks. Some geese wanted to be about 100 yards from us, but we still harvested several of them. It was an awesome hunt.”

Hunters may take up to four mallard ducks as part of their six duck daily bag limit.

“My favorite thing in the late season is using a small number of decoys. You don’t need a mega spread,” Little said. “If you find birds while scouting, try and mimic what you saw. Are they spread out? Are they grouped together? Then, set out your decoys accordingly.”

The Ohio River also draws many ducks and geese in winter. “The Ohio River is awesome for goose hunting and ducks as well,” Little said. “If everything is frozen up, the Ohio really shines.”

The many crop fields near the river provide food for waterfowl and the river itself provides rest and loafing areas during the cold months. This draws many diving duck species not often seen by hunters in other parts of Kentucky. Hunters may harvest canvasbacks, scaup, redheads, ring-necks and occasionally a rare goldeneye.

With a hard freeze to the north and a snow line, geese also flock to the Ohio, setting up potentially fantastic goose hunting. “You have to have the right equipment,” Little said. “Hunting the Ohio River is no cake walk.”

The Ohio River is not a place for a 12-foot johnboat with a narrow beam. Wakes from barges combined with strong winds can swamp a small johnboat. Hunters pursuing waterfowl from shore must scout to find a hard bottom in the area they plan to hunt. The Ohio River drops off into deep water quickly in many places. The shoreline is often saturated with deep muck.

Zac Campbell, boating education coordinator for Kentucky Fish and Wildlife, cautions waterfowl hunters in boats to keep in mind some common sense principles while on the water.

“Don’t overload your boat with gear and people,” he said. “Plan your hunt, then hunt your plan and tell someone where you are going and how long you plan to hunt. If possible, stay near shore and don’t cross large expanses of water. Most importantly, always wear your lifejacket, the water is freezing.”

Spring-fed farm ponds that don’t freeze also provide excellent late season hunting. A couple of decoys and a homemade ground blind near the pond provide all the elements for a successful hunt.

“It is critical to use a jerk string from a decoy or an electric shaker to provide a ripple on the water if there is no wind,” Little said. “You must have some movement or the birds won’t come to your decoys.”

The weather outside may be frightful, but the waterfowl hunting is delightful in the late season. Get out and shake off the winter blues by putting some birds in the bag.