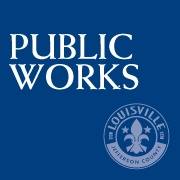 In response to the growing litter problem in Louisville, crews from the Solid Waste Division of Metro Public Works are diverting their efforts from yard waste collection to litter cleanup for a period of two weeks.

Yard waste collection in the Urban Services District (former Louisville city limits) is suspended and will resume on March 13, 2017. During the suspension period, citizens should not put yard waste out for collection. Any yard waste problems should be reported as usual to MetroCall at 311 or 574-5000.

The suspension is possible because it is occurring at a time when yard waste volume is low. This will allow Solid Waste to temporarily direct additional resources to the effort to clear our streets and roads, including interstate highways, of litter in advance of spring.

Once mowing season begins, litter abatement along the interstates in Louisville will be performed by the Kentucky Transportation Cabinet as it is every year. Metro crews will then focus solely on arterial and connector surface roads in the city.